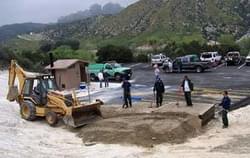 A variety of trail users benefit from this trailhead in the Angeles National Forest.

The Indian Canyon Trailhead is strategically located in the Angeles National Forest at Indian Canyon Road in Soledad Canyon, where the Pacific Crest Trail (PCT) crosses Soledad Road. Indian Canyon Road is part of the Back Country Discovery Trail (BCDT) which is the motorized equivalent of the PCT in California.

Utilizing $61,400 in Recreational Trails Program (RTP) funding in 2004, Indian Canyon Trailhead serves as a jumping off point for all trail users. Non-motorized recreationists can travel north on the 2,655-mile-long PCT for over two hours from the trailhead site. Equestrians, who have long used the gravel Indian Canyon Road to explore San Gabriel Mountain foothills, now have a base camp because the new facility includes a picnic table and restrooms and can accommodate horse trailers.

The upper paved parking area is for BCDT users and PCT hikers. A loading dock has been built for the loading and unloading of off-road vehicles from pick-up trucks and trailers. The completion of this trailhead was made possible by the partnership between the Angeles National Forest and the California Trail Users Coalition.

This project is truly a tribute to all trail users and government agencies that work together towards common goals in order to enhance the trail experience for all users. 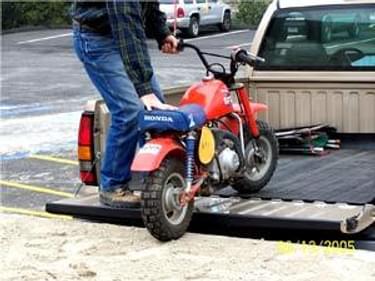 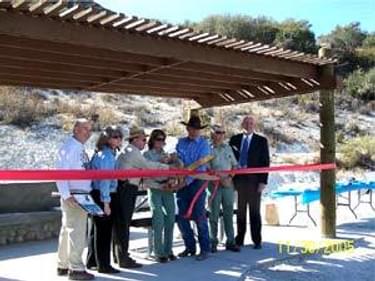