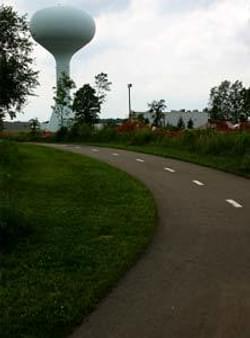 The City of Westerville's path system covers 22 miles and connects many of the city's parks, schools, and public places.

Constructed through a residential area, the trail connects and provides access to Towers Park, a neighborhood park and Hoff Woods Park, a community park. This RTP-funded trail has increased property values in the area as realtors and developers often market nearby property as "next to trail."

In June 2006, the American Diabetes Association's Tour de Cure will be held in Westerville while County Line Acres Bikeway will host training rides as participants prepare to ride 12, 30, 60 and 100 mile routes utilizing Westerville scenic trails and passing through the beautiful surrounding counties of central Ohio.

The Country Line Acres Bikeway has contributed much to the quality of life in Westerville, increasing recreational opportunities and serving to help make connections to local business, the metropolitan Columbus area, the scenic counties of central Ohio and the state-wide Ohio-to-Erie Trail. 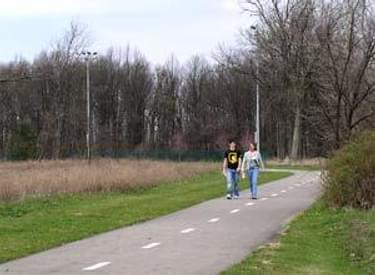