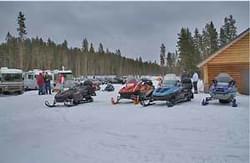 There is currently a lack of safe, designated snow play areas on the Deschutes National Forest, and especially in the area of the Cascade Lakes Scenic Byway (CLSB). There are other areas, which are used for snow play, that are not official or considered safe. The nearest official non-fee snow play area is at least 50 miles away. The CLSB is a natural magnet for winter related sports due to consistent snow and numerous other snoparks. Snow play is discouraged at the other sno-parks along CLSB. 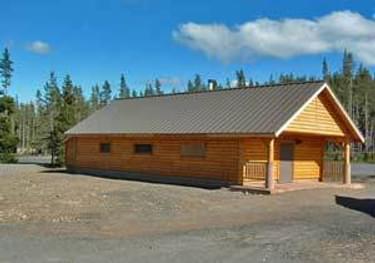 Also provided out of the snow play parking area are three kilometers of nordic trails that are groomed for dogs and their skiing or snowshoeing human guardians. Dogs are permitted on leash only and at all times while on the slope or in the sno-park. Human visitors are not required to have a dog but, dogs must be accompanied by humans. Leashes are required in the sno-park area, clean up after your pet and please maintain voice or physical control of your dog while on the trails. 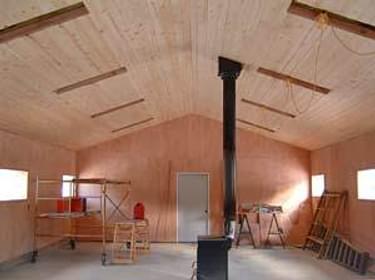 The shelter was completed under budget by $5,000 by the Moon Country Snowmobile Club with coordination from the U.S. Forest Service. The snowmobile club members volunteered nearly 4,500 hours for construction and volunteers continue to maintain the shelter. All materials were purchased with RTP grant funds with volunteers using the club’s tools.