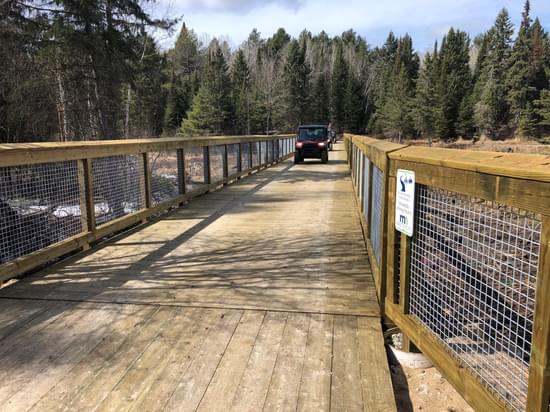 Voyageur Country ATV is an ATV club with over 800 ATV member enthusiasts in northern St Louis County and recently expanding into Koochiching County.

One segment of trail was built during 2020 connecting the resort community of Crane Lake to the US Forest Service Recreation Area at Vermilion Falls, a very popular picnic destination. The connection is a 6 mile Grant in Aid snowmobile trail link that we enhanced for ATV, off-road motorcycle, and hiking using just one corridor for all sports. 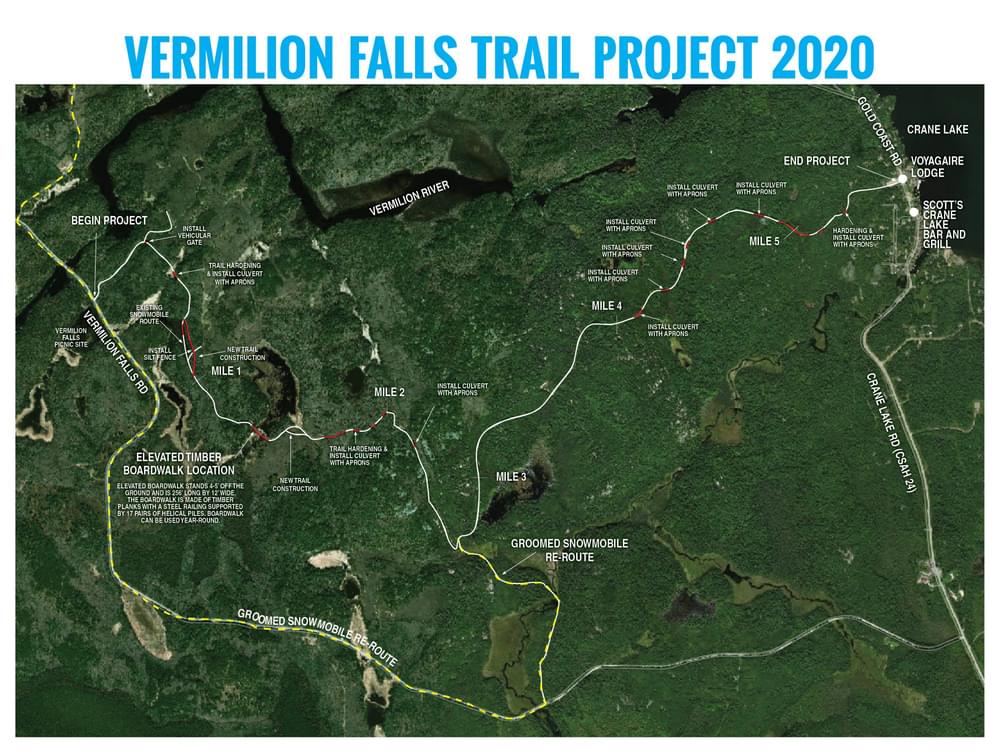 The project included ditching, adding culverts and shaping for water management, trail hardening, and a 256 foot Elevated Boardwalk across a beaver pond area. The boardwalk (bridge) is constructed on helical piles and is 12 feet wide, 10 ton so that snowmobile trail grooming can cross the bridge. The bridge is now a destination point, preserving the resource below it and providing a scenic overlook. New gates and trail signing was installed by club members.

The trail segment is on USFS managed lands. We worked with Forest Service staff and our engineers to permit two trail re-routs away from wetlands. The local snowmobile club along with MN DNR then changed the snowmobile trail alignment to match the new re-routes furthering resource preservation. St Louis County is our RGU and funding sponsor.