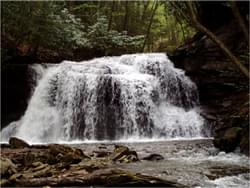 RTP funding from a 2001 award was used to design and construct a trail and boardwalk that has opened a beautiful area of Holly River State Park to seniors, the very young, and people with disabilities. In addition, the trail has reduced the environmental impact from people scaling the rugged terrain to visit the scenic Upper Falls of the Left Fork of Holly River, all while meeting USDA Forest Service Trail Accessibility Guidelines.

Steep terrain beyond the overlook provides a condition for departure from the grade requirements in several locations. The trail is approximately 200 feet long over this stretch and has a change in altitude of approximately 120 feet.

The extreme terrain makes compliance with the technical provision for grade impractical. Complying with the grade requirements in these areas would cause the trail to be significantly longer and cause a greater impact on the environment. Steps were constructed to carry the trail over these stretches. 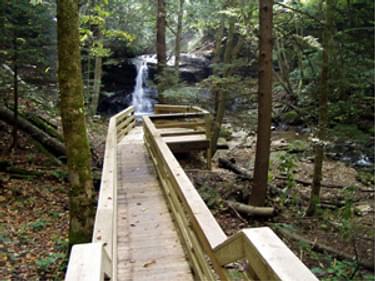 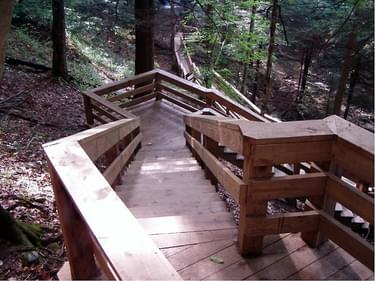