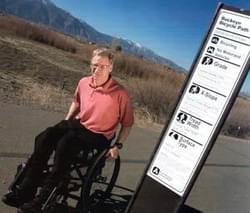 Peter Axelson on the trail

Recreational trail opportunities in northern Nevada are now accessible to a much wider variety of current and potential trail users.

A $29,779 RTP grant allowed the installation of on-trail signage, based on the Universal Trail Assessment Process, to create Trail Access Information for 22 trail segments that were identified as being the highest priority at six sites.

The partnership in this project included Nevada State Parks, USDA-Forest Service, Washoe County, City of Reno, City of Sparks, Carson City, Douglas County, Town of Minden, and Beneficial Designs, Inc. As a result of the inventory process project, accessibility improvements were made to existing trails and are planned for additional trails.

Access improvements include stabilization of the trail tread, reduction of tread cross slopes, and removal of tread obstructions. In addition, trail access information was posted on the trailexplorer.org website. 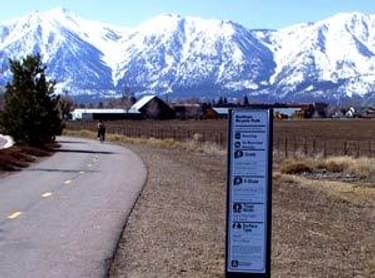