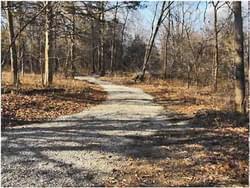 Trails were widened and improved with firmer surfacing

The Potts Memorial Park Trail Project used $28,000 in Recreational Trails Program (RTP) funds to make improvements to the trail, including making the trail more accessible to those with disabilities.

Prior to the project, the trail system was only two and a half feet wide. The trail was widened to be able to accommodate two wheelchairs passing easily side-by-side. The trail surface was rough, with many washouts and was virtually impassable in many areas.

The trail now has a commercial base material that is packed nearly as hard as asphalt, which allows those in wheelchairs to easily maneuver the trail’s course. As several area school children with disabilities use the outdoor classroom, a wheelchair-accessible table was added to the learning area, which is naturally mulched by the gorgeous pine trees planted in the park nearly 60 years ago. 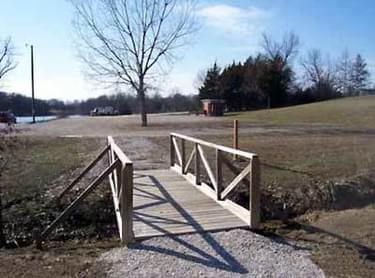 Bridges were also built to allow easy passage over creek beds. Physically challenged individuals also have access to accommodating restrooms because of the construction of an extension leading to the facilities. A concrete, two-car, accessible parking area was also added.

RTP funds were utilized to make other trail improvements as well, including the addition of seating areas and trash receptacles, trimming of trees, laying of mulch and the planting of trees and wildflowers. The trail was connected to two restroom facilities, a playground area, and sports field.

The pathway also links to the 10-space RV camping area with full hook-ups, as well as tent camping, was added next to the trail. Further, park benches were strategically placed alongside message centers depicting wildlife and plants to identify along the winding trail.

In addition, a handicap-accessible covered fishing dock that extends nearly 70 feet into Pine Ridge Lake was constructed adjacent to the trail. The parking pad, fishing dock and approaches were all constructed in accordance to ADAAG guidelines. 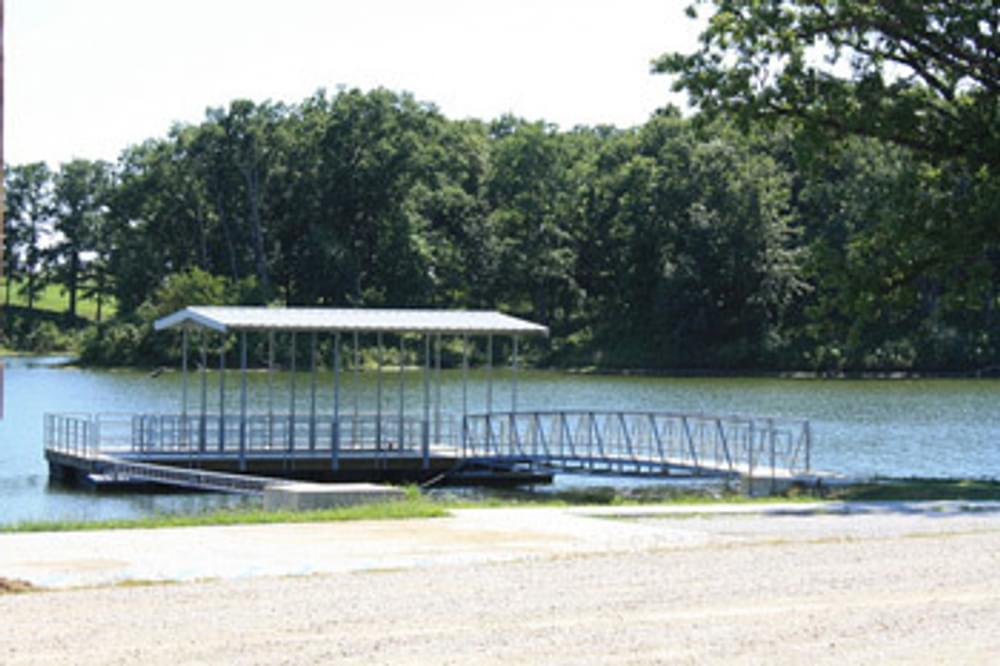