This project involved resurfacing of the entire 34 miles of the Northern Rail Trail in Merrimack County.

The previous surface of railroad ballast rock made a trail that could only be used in the winter by snowmobilers and cross-country skiers, because it was so difficult to walk, ride a bike or use wheelchairs on the rocks.

A citizens' action group, The Friends of the Northern Rail Trail in Merrimack County, worked from 2005 to change the trail surface to become a hardpack treadway. This work was accomplished using one Transportation Enhancement grant and nine RTP grants between 2005 through 2013. A final RTP project in 2014 will finish the remaining three miles. The new surface is sufficiently smooth and hard for use by individuals in wheelchairs. 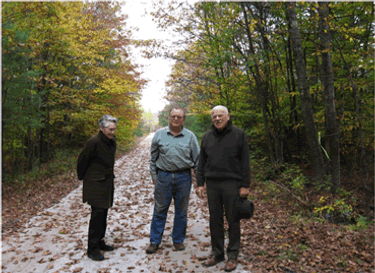