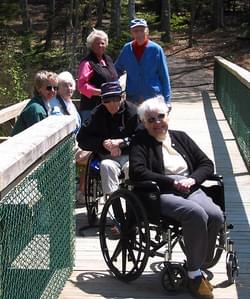 The Penny Lake Trail is a one-half mile ADA-accessible nature trail on the Boothbay Region Land Trust's Penny Lake Preserve, a 55-acre conservation property in downtown Boothbay Harbor. The Preserve abuts the local YMCA, regional school, and the St. Andrews Retirement Village, a 98-unit retirement/assisted-living complex that conveyed a conservation and trail easement on a portion of their property to the land trust.

The Land Trust partnered with several entities (Land for Maine's Future, North American Wetlands Conservation Fund, Fields Pond Foundation) for the planning, design and construction of this trail. Key to this project were the $15,000 of RTP funds awarded in 2005, which were used to assist with the construction of the trail.

The Penny Lake Trail, which was opened in November 2005, was sited to take advantage of areas with gentle slopes, using reclaimed asphalt for surfacing. The bridge over the wetlands was constructed to also serve as a viewing platform to allow users to view the complex and its associated flora and fauna.

The trail provides opportunities to users of all ages and abilities to walk, bike and cross-country ski as well as to enjoy the undeveloped natural environment of the Preserve. 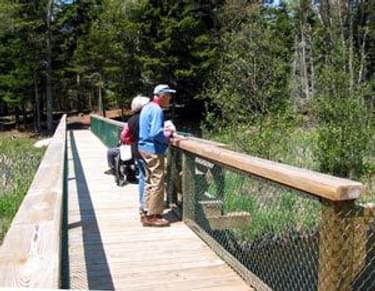