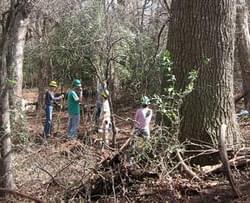 In 2008, Environmental Corps members utilized RTP funds to construct a trail in East Austin consisting of road base and granite to allow access to wheelchairs, bicycles and pedestrians.

The trail is located on property owned by Southwest Key Programs, but will be open for use by the general public. Southwest Key is a national nonprofit organization providing transformative education, innovative safe shelters and alternatives to incarceration for over 6,000 youths each day.

The trail is located in an under-served residential area of Austin on land that was previously used as an illegal dumping ground. Trail features include limestone retaining walls, a concrete bridge and a portion of trail hardened with cement to withstand a high amount of water drainage. 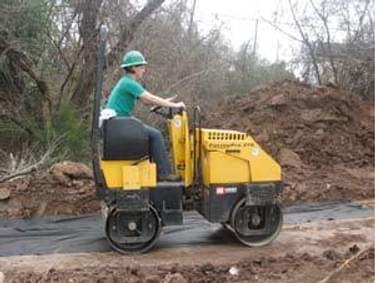 Compacting the trail base 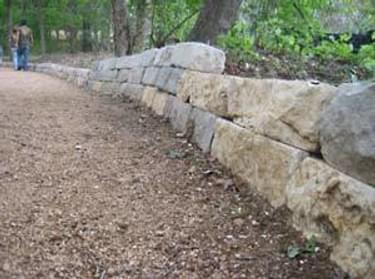