This project involved expansion of the Talisi Riverwalk in the city of Tallassee for safe walking and biking and greater accessibility.

The objective of the project was to expand the existing Riverwalk trail for non-motorized diverse pedestrian/bicycling use that follows the water's edge of Lake Talisi, south through the wooded property owned by the City of Tallassee.

This project had been in the planning stages since 1999 before coming to fruition with the successful application for RTP funds in 2011. The project involved expansion of the Talisi Riverwalk recreational trail, and overall increase in connectivity for residents of Tallassee. There was a great need in the City for safe walking/biking trails and the proposed expansion of the Riverwalk has encouraged more physical activity and provided greater accessibility to meet the demand of the growing community.

The design of the trail facilitates access and use by a variety of individuals. The trail was designed to meet stringent accessibility guidelines and to allow access to persons of all physical disability levels. While the trail follows the existing terrain of the land, additional features and elements are included to provide for greater accessibility. The asphalt surface is smooth and safe, particularly for elderly persons.

As a primarily rural community, the trail has naturally provided greater accessibility to economically disadvantaged persons as they are generally limited in their recreational choices due to transportation or income deficiencies. With this trail providing pedestrian access from area neighborhoods to Lake Talisi, disadvantage or disabled populations have undoubtedly benefited.

In addition, the pedestrian/bicycling lane added to Knox Street and Eubanks Street for connection with Gilmer Avenue has increased safety and provided an added means of travel for persons who may not own a vehicle and need to travel by foot or bicycle. 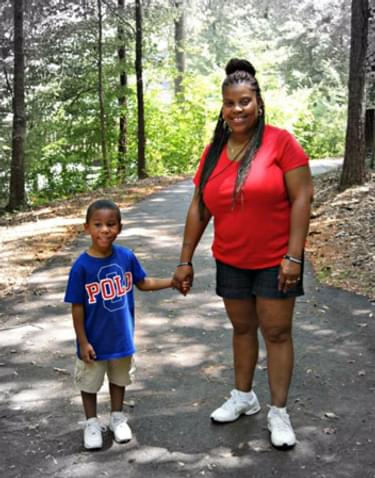 Expansion of the Talisi Riverwalk into the wooded lands adjacent to the lake provides for a greater variety of recreational activities. Residents are able to enjoy the picturesque water landscape, but also the natural environment of the surrounding woods and the birds and wildlife that call them home.

This expansion combines the scenery of the water, with the scenery of the woods, a perfect combination for enjoying the great outdoors. In addition, the bicycle/pedestrian lane along Knox and Eubanks gives residents the connectivity they need for access to the sidewalks along Gilmer Avenue.

In concert with the RTP Application, the City of Tallassee and Tallassee School Board, in conjunction with the Safe Routes to School Program, showed their support and enthusiasm for walking and for making their community more walkable by participating in a Walk to School Day. These trail improvements have provided the City of Tallassee an additional pedestrian/bicycling facility that was greatly needed and now being used daily. 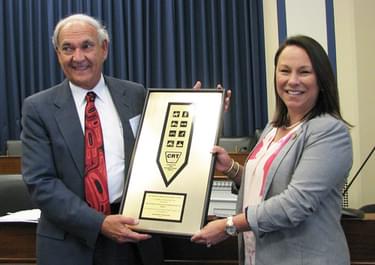 During the trail planning process it was noted that pedestrian walking and jogging was rated during development of the 2008-2012 SCORP as one of the greatest needs Statewide and that additionally, responders in Region 9, which contains Elmore County, also documented walking/jogging trails in the top two needs for this area.

Based on pedestrian and bicyclist use, design standards for the trail connecting the Riverwalk with Eubanks Street are 8' wide with an asphalt surface with occasional wooden elevated walkways and ramps as required by the existing terrain to permit a variety of users. This design allows the greatest accessibility for the greatest number of participants, both pedestrian and bicyclist. In addition, this design will allow for the best maintenance and repair for the City of Tallassee.