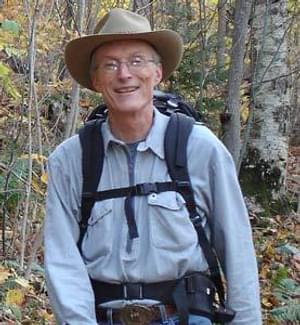 After personally locating the Trail’s route, he shepherded a 1976 “study bill” through Congress to begin the national designation process. In 1979, when the resulting federal interagency report opposed further congressional consideration of the PNT, Ron led a decades-long effort to develop the trail anyway. Ron recruited volunteers, secured funding, lobbied landowners and legislators, and worked with partners/stakeholders.

It was crucial to establish a non-profit group to transform the vision of James Ker and others into an on-the-ground reality. In 1977, Ron incorporated the Pacific Northwest Trail Association as a 501 (c)(3) group. Initial PNTA goals were (1) to identify a “Practical Route” that people could hike immediately and (2) to propose a “Ideal Route” sections that would be developed later. Afterward the PNTA led the Northwest in training “at-risk” youth to improve their lives through trail construction and maintenance. 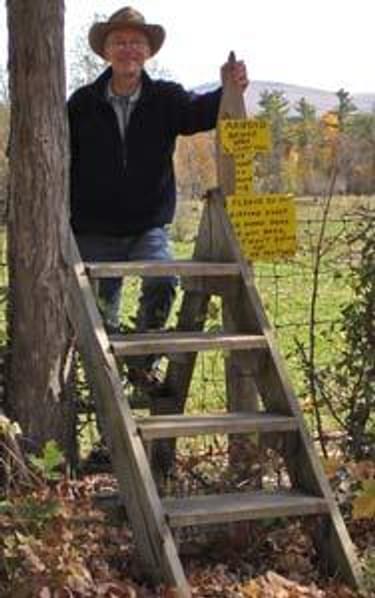 On a different subject, Ron wrote and published the PNT’s 1984 and 2001 400-page guidebooks. Reviewers wrote: “It is a trail hound’s where-to-go, what-turn-to-take guide stuffed with dozens of topographic map sections, pragmatic tips (e.g., supply points) and your choice of routes.” [Seattle Times, May 3, 2001] “It is a very well written and organized guide. Ted Hitzroth’s maps are outstanding.” [The Distance Hiker’s Gazette, Newsletter of ALDHA-WEST, Summer 2002]. Ron has also published six non-guidebooks including Texans: Oral Histories From The Lone Star State. He is currently completing his latest title, Take A Hike!, to encourage non-hikers to take up the sport.

But the Pacific Northwest Trail was only the beginning of Ron’s contribution to the trails community. In 1996, he proposed to extrapolate the PNT east to the Atlantic Ocean by linking existing long distance trails into a 7700-mile Sea-To-Sea Route (C2C), a new mega-trail backbone for the National Trails System. Since then, Ron and his non-profit, Scenic Trails Research, have scouted routes for new C2C sections in Montana, North Dakota, and Vermont. In 2005, he persuaded the North Country Trail Association to begin to extend its 4600-mile trail east to the AT and west to the CDT. Today Ron’s vision of a transcontinental trail is becoming a reality.

Ron is not an armchair trails enthusiast. He has hiked most sections of the Pacific Northwest Trail multiple times. In 2004 at the age of 61, he completed hiking the Pacific Crest Trail with a 1500-mile walk from the southern Sierra to the Columbia River. He is a life member of the Pacific Northwest Trail Association and an honorary board member of the North Country Trail Association. He is also a fellow of the Explorers Club. He is a capable leader who has excelled at every aspect of trail development. Ron’s dream is about to receive Congressional recognition as H. R. 5926, the Pacific Northwest National Scenic Trail Act of 2008, a testimony to his foresight and dedication.