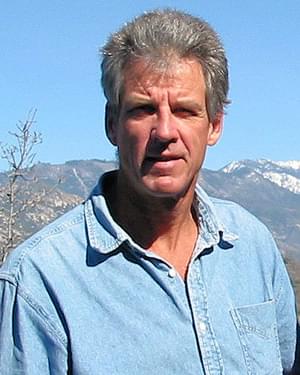 Steve Griswold dedicated his career in service to championing good trail practices and molding successful trail programs and crews within countless National Parks across America. For his Master’s thesis, Steve produced the trail manual “A Handbook on Trail Building and Maintenance,” one of the very first published trail manuals. It is now in its 5th edition and to this day it is a reference for many National Park master plans, including Yosemite and Sequoia.

After some backcountry seasons in Yosemite he went on to be the Trails Foreman at King’s Canyon, Big Bend, Haleakalā, Rocky Mountain and Olympic National Park and later a Landscape Architect at Yosemite and Golden Gate. Steve also was a co­author or contributor to the Master Plans at Grand Canyon, Golden Gate, Rocky Mountain, Yosemite and Acadia National Parks. He was also a founding member of the Trails Forever Initiative at Golden Gate National Recreation Area, which went on to become one of the largest volunteer programs in the country.

Steve retired from the National Park Service in 2013, but his colleagues, crews, and trails across America continue to feel the impact of his work.

"I enjoyed working with Steve Griswold during his entire tenure at Rocky Mountain National Park. As a nonprofit partner with the National Park Service, our organization raised funds for numerous trail projects. When Steve Griswold came to Rocky, he created the long­term vision for Rocky’s trail program, enabling our philanthropic support to increase full speed ahead. In my time I saw plenty of skilled trail builders, both in Rocky and in Glacier, but few could match Steve’s commitment to excellence in planning, design and trail building. As a leader he converted the trail crew from ordinary workers into mentors and team leaders, able to multiply their efforts by working with volunteers and park partners. He advanced the role philanthropy can play in national park culture and his work allowed a generation of donors to make significant, long­lasting improvements to many national park trails."

"Steve Griswold is a widely known, well­respected and prolific trail guru. Steve recently retired from Golden Gate National Recreation Area in early 2013 as the Trail Planner after a long and influential career with the National Park Service. He began his trail career in the late 1960s in Yosemite and has supervised trail programs at Kings Canyon, Haleakala, Big Bend, Rocky Mountain, Olympic, and Yosemite National Parks. With a Master of Landscape Architecture ( University of California, Berkeley) he has traveled worldwide pursuing his passions of hiking and photographing the earth's finest wildernesses whilst studying the trails that wind their way through them."

"I would like to personally advocate for the nomination of Steve for a lifetime achievement award. Steve truly has spent his lifetime supporting and enhancing our network and family of trails professionals throughout the country. Be it his leadership in our prolific and diverse areas such as Facility Management, youth mentoring, employee career enhancement, technical/safety practices and training development, or cooperative partnerships, Steve is one of the select cadre of individuals who have paved the way for the rest of us. As an example, I cite the Yellowstone Trail Operation's continued use and guidance from his 1988 NPS Sequoia/Kings Canyon Trails manual for technical specification references to this day."