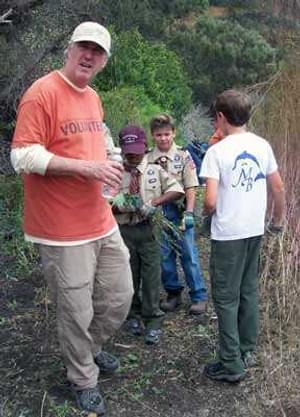 Kurt Loheit is a passionate outdoorsman, who has been instrumental in organizing and leading trail programs with the Palos Verdes Peninsula Land Conservancy (PVPLC) and numerous other organizations across the nation.

Kurt has been a leader of the hiking and mountain bike community’s efforts to contribute to the design, construction and maintenance of sustainable trail systems. Kurt’s involvement relentless and altruistic participation in all things trails ranges from his significant contributions to the California Trails and Greenways Conference (among many other conferences) to his trail publications and even articles about constructing do-it-yourself mountain bike attachments. His tireless advocacy spans more than twenty years leaving his mark on clubs, programs and most importantly, trails across North America. He’s as likely to turn up on trails in New England, Texas, Arizona, Alaska, Utah, West Virginia, British Columbia as near his home ground of Southern California.

Enthusiasm and commitment fueled Kurt to found the Los Angeles Chapter of Concerned Off Road Bicyclists Association (CORBA) in 1987 and still serves on their Advisory Board. In 1988, he was one of the negotiators and an original member of CORBA’s volunteer Mountain Bike Unit, a partnership with the National Park Service and California State Parks. The MBU became a prototype for patrols across the country. When the Charlie Litsky Memorial Fund was established in 1994, Kurt helped bring Marilyn Price’s Trips for Kids program to the LA area. Now, the CORBA Youth Adventures Program, it still introduces inner city and at risk youth groups to the challenge and pleasures of riding a mountain bike.

As his reputation grew, he was invited to supervise trail projects and then trail building schools around the country. International Mountain Bicyclist Association (IMBA) named Kurt their Trail Resources Director and he was instrumental in providing technical assistance to the IMBA Trail Care Crew program. He also lent his expertise to the New England Trail Builders School run by NEMBA (New England Mountain Bike Association).

He’s run trail schools at the Nantahala Outdoor Center in North Carolina and now land managers come from the entire region to participate. He’s written about trail building issues in a number of mountain bike and land management publications. He’s presented many times at national, state and local trail conferences. For his leadership, advocacy and dedication to trails, Kurt was inducted into the Mountain Bike Hall of Fame in 2004. 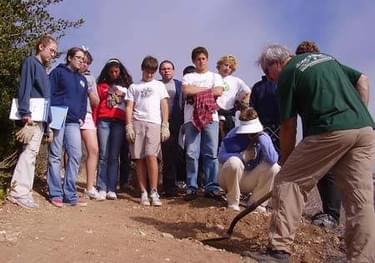 Since then, his impacts have extended farther than mountain biking efforts. When Kurt is not working his day job as a Boeing “rocket scientist”, he is busy championing volunteer-based trail restoration efforts. His instrumental involvement in southern California trail projects nurtured a long-lasting relationship between off-road cyclists and initially cautious land managers. Kurt is now the go-to trail guru and consultant for the PVPLC, the USDA Forest Service of Los Angeles’s Trail Boss Program, the National Park Service, California State Parks, Bureau of Land Management, US Forest Service, The Nature Conservancy, and numerous other state, county and city parks.

Kurt is inspiring others to love trails and the outdoors by passing down his knowledge though volunteer programs. In 2008, Kurt launched the PVPLC’s Trail Skills program – a course spanning several months that trains and certifies dedicated volunteers how to remedy trail issues independently. This 50-hour program starts off in the classroom, where Kurt discusses anything and everything about trails, and is followed by several classes meetings throughout the year at various preserves around the peninsula where volunteers get their hands dirty repairing trails. The Trail Skills volunteers take a final test to become a certified Trail Crew member, who can then organize and lead their own trail repair projects independently. In addition, Kurt can always be counted on to guide PVPLC volunteer events outside of the Trail Skills program, including the National Trails Day event, training our Team Leaders volunteer group, and overseeing trail-based Eagle Scout projects. We at the PVPLC are indebted to him for all that he has done to raise awareness and passion of the peninsula by bringing the community to the preserves through trails.

Kurt has already donated a lifetime’s worth of volunteer hours to various organizations, with no intentions of stopping anytime soon. He has the gift to talk about trail design in a way that’s accessible to the first time, trail work volunteer and to the full time, agency trail construction specialist. His patience, encouragement and commitment to doing things right has put more trails on the ground. His professionalism has helped create the history, trust and respect that continues to open doors for trail enthusiasts.