O. L. “Leff” Moore was the “father” of the Hatfield-McCoy Recreation Area, the most innovative motorized trail system in the eastern United States.

The Hatfield-McCoy Trail System is a developing 2,000-mile motorized trail system (500+ miles presently developed) in southern West Virginia that generates more than 100,000 user days a year (2007) and over $800,000 in permit fees. Through the creation of an extensive public-private partnership, the public trails are located on the vast tracts of corporate-owned land in the nine-county project area. The trails are professionally designed and managed to provide a unique experience for off-highway motorcycle and all-terrain vehicle riders. In addition, equestrians, mountain bicyclists, hikers, and other trail users have also utilized the trail system. The Hatfield-McCoy Trail System has put southern West Virginia on the map as a highly desirable tourism destination, boosting the region’s economy just as skiing and white-water rafting have done in other parts of the state. The total economic impact of the Hatfield-McCoy Trail System in 2005 was an increase of output of $7,776,116, an increase in income of $2,789,036 and the generation of 146 new jobs.

Mr. Moore’s vision of the future and his effective leadership contributed greatly to the success of Putnam County’s growth and prosperity. As a county commissioner (1977-1982) he fought to provide basic services such as water and sewer improvements, ambulance service, a public sanitary landfill, the expansion of the County Parks and Recreation system and funding to secure the building of Putnam General Hospital. For his contributions, he was the only two-time recipient to receive the Putnam County Chamber of Commerce coveted Mayo Lester Award.

As stated earlier, Mr. Moore worked tirelessly as the founder and has been credited for the amazing success of the Hatfield-McCoy Regional Recreation Trail system in southern West Virginia and beyond. He was the principal propagator of the vision, the partnership maker, the fundraiser, and the support generator. He was the organizer and energizer of the development effort. His objectives since he started the effort in 1991 were:

Three strategies guide the progress of the Hatfield-McCoy project toward these objectives.

Under the leadership of Mr. Moore, the Hatfield-McCoy Recreation Area has become a reality.

No one has contributed more to the realization of the Hatfield-McCoy Recreation Area than Mr. Moore, who passed away in the Spring of 2004. 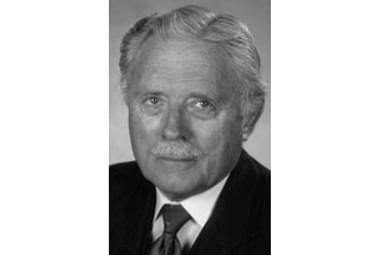