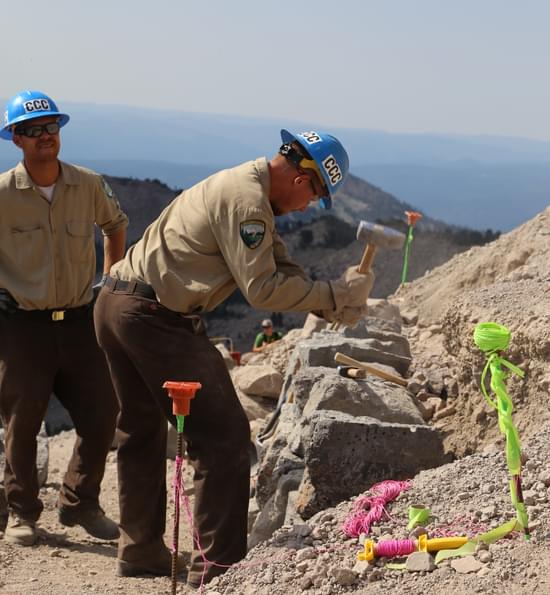 The Lassen Peak Trail, located in the Lassen National Park in Northern California, is a historic trail that existed before the 1914-1917 spectacular series of eruptions of Mt. Lassen.

The Civilian Conservation Corps (CCC) had previously participated with trail maintenance of the path by erecting retaining walls. The relatively short 2.5-mile trek to the peak, which towers at an elevation of 10,426 feet, attracts thousands from around the world. In July of 2009, a rock wall collapse which caused severe injuries and one fatality demonstrated the trail required more upkeep and additional preservation tactics than it had received in the past. 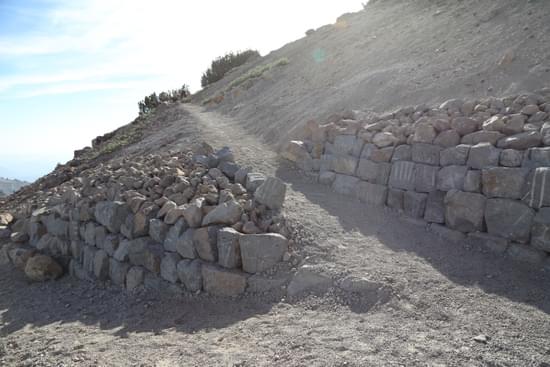 In February of 2010, the National Park Service (NPS) approved pursuing more comprehensive rehabilitation beyond summer trail work. CCC members out of the Redding District worked on the project from the spring of 2014 through the summer of 2015. Corpsmembers spent approximately 8,442 vocational education hours reconstructing retaining walls, constructing causeways, and repairing/constructing steps in extreme conditions for the safety of the trail’s 25,000 annual visitors and the protection of our natural resources in Lassen National Park. 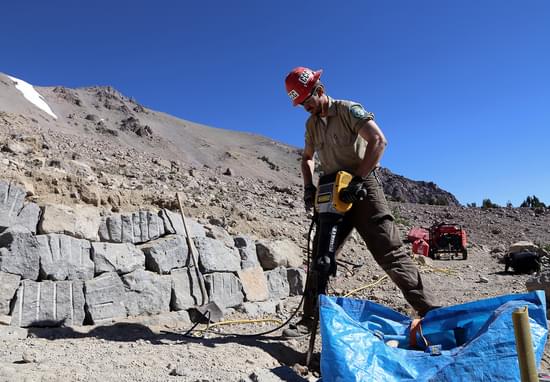