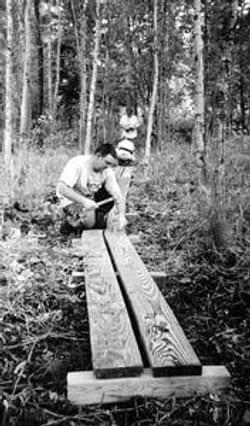 Backpacker magazine rated the Superior Hiking Trail as one of the ten best in the Nation.

The trail would not be a reality without the dedicated young men and women of the Minnesota Conservation Corps (MCC), who have worked on the trail since 1992. With $30,000 RTP funds for development, and $166,500 RTP funds for maintenance over several years, the MCC has completed trail planning and layout, construction of tread, bridges, and boardwalk, and continued with repairing tread, brushing, and replacing bridges and boardwalk.