The Utah Conservation Corps crew on its way to work

The trail crew used bicycles as their only transportation in improving trails at Utah State Parks site.

During the summer of 2015 the Utah Conservation Corps (UCC) created the nation's first-ever pedal-powered bike crew that used cargo bicycles as their sole means of transportation. During seven weeks the four-person UCC Bike Crew improved 2.22 miles of trail at Utah State Parks sites.

The trails improved included the Water’s Edge Wallsburg Trail at Deer Creek State Park and the Mormon Pioneer Trail at East Canyon State Park. The four crew members, based in Salt Lake City, not only provided much-needed labor to improve these trails at Utah State Parks sites with limited budgets but rode over 350 miles to/from project sites instead of using a motor vehicle. 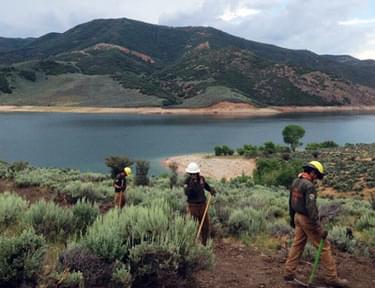 UCC crew at work on the trails

In addition to empowering four young adults that joined the UCC Bike Crew from around the country, this crew was a demonstration for other conservation corps and public land management agencies to reduce carbon footprint and improve air quality while completing conservation projects.

These four corpsmembers not only received traditional UCC training in conservation project skills, chainsaw use and safety, and wilderness medicine, but also received training in bicycle maintenance and safe route planning. All four UCC Bike Crew members completed their AmeriCorps terms of service and had a challenging and empowering experience during the project.

Crew leader Jessica Gibbons said of the experience of biking to project sites that “overall it went well. It was a bonding experience when you were riding because it was a difficult process of riding and just getting to the worksite. But we were doing it together.” The crew has recently been honored with a Project of the Year Award from The Corps Network. 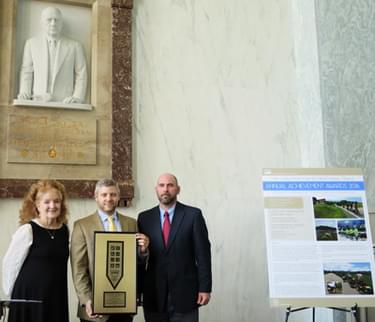 Jessica Gibbons of the UCC