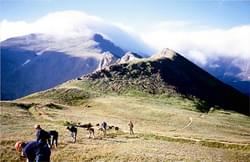 Youth crews have built over 75 miles of new trail in rugged environments along the Continental Divide.

Since the creation of the Continental Divide Trail Alliance (CDTA) Youth Corps, crews have constructed over 75 miles of new trail in some of the most rugged and extreme environments along the Continental Divide. Their experiences living and working in places such as the Wind River Range in Wyoming, the high country of Colorado and the high deserts and mesa country in New Mexico have been shared with over 4,800 people in the form of public presentations and slide shows.

With RTP awards from three states in 2006, the CDTA Youth Corps utilized thousands of volunteer hours to construct and improve miles of trail along the Continental Divide. 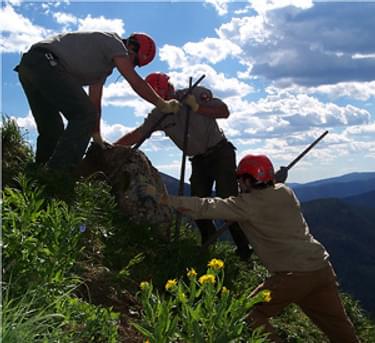 Wyoming: CDTA volunteers contributed 612 hours of labor to replace a 100' turnpike, construct a 5' bog bridge and build drainage structures over a one-mile stretch.