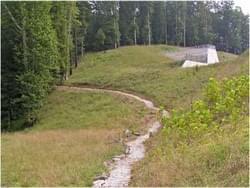 The majority of the trail has been built by volunteers and youth groups. 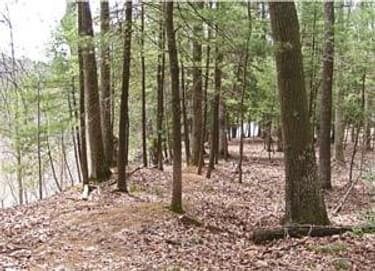 The North Bend Lake Equestrian Trail is a 16-mile trail along the shores of a man-made lake, which was recently constructed to provide flood protection, recreation and safe drinking water in rural Ritchie County. To date, the majority of the trail has been built by volunteers and Youth Conservation/ Service Corps personnel under the direction of employees of North Bend State Park.

The West Virginia Citizens Conservation Corps (WVCCC) provided a trail crew leader and crew members over the three years during which the trail was being constructed. During this period, the WVCCC also allowed this crew leader and part of his crew to use the skills they learned on the North Bend Equestrian Trail to finish two other RTP projects for other sponsors who had run into difficulties in completing construction in a timely manner. The crew leader has also helped develop applications and plans for other RTP projects in the area. In addition, the Student Conservation Association provided a trail manager and an assistant for three months during the summer of 2006. 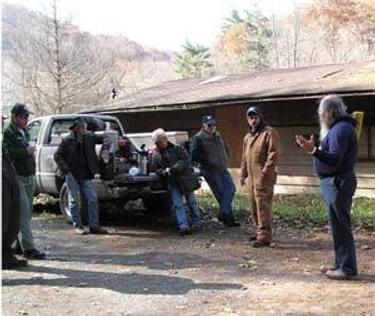 Preparing for work on the trail

Approximately six more miles of trail and two bridges have been proposed to completely circle the lake. If the final phase is funded, it is expected that WVCCC will provide the same work crew and leader to construct it.