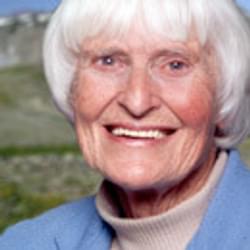 The idea for the Trail gained its footing in 1974, when Gudy, the chair of the Colorado Mountain Club's Huts and Trails Committee, was asked to lead the organizing effort.

Read more about Gudy's legacy on the Colorado Trail website