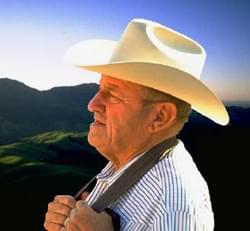 George Cardinet was approaching 98 years of age when he died January 19, 2007 in Mexico City. One week later on January 26 in Saint Bonaventure Catholic Church in Concord, California, George's spirit was sent on its way.

The priest had to hold up the service for a time. Dr. Juan Rodreguez of Mexico City led George's saddled riderless horse and a troop of 18th century "soldado cuerda" leather soldiers. Then a costumed teenage girl drill team, formed by George when he was 92, accompanied the casket to the nave of the church.

The first purely trail legislation that I can find was 1945-George encouraged then California Governor, Earl Warren, to guide and pass the California Riding and Hiking Trails Act of 1945. The concept was soon forgotten but not in George's Contra Costa County where 18 miles are signed and used.

George was in Washington D.C. numerous times leading the legislative enactment under Lyndon Baines Johnson of the 1968 National Trails System Act. In 1971 when conflict or inaction was delaying federal implementation of this world precedent legislation-he helped form the National Trails Council (forerunner to American Trails). "Fight your battles in private-advocate in public."

In 1976 he was off and running in forming and leading a costumed trail ride from Mexico to the Presidio in San Francisco to commemorate the 200 years of the United States and the 200 years of the Spanish-Mexican colonization of then upper California. The placement of this very significant national event is the Juan Bautista de Anza National Historic Trail Legislation of 1990. George received personal honor from Hillary Clinton for this Millennium Trail in 2000. The trail's identity increases annually. I am very confident when I say this event would have been lost to history had it not been for George Cardinet.

When in 1964 we realized that parks, open space, and trails were going no place in Contra Costa County (and Alameda County) and that there was an East Bay Regional Park District covering a small portion of Alameda County-with a live wire new general manager-Bill Mott-this is what was done: By a majority vote the county was annexed to the district and a land and trail acquisition department created. Again, probably a first such entity exclusively for buying land and trails for the public use and enjoyment. Now George had one more tool for his trail program. In 1937 when the enabling legislation for the East Bay Regional Park District was written in Sacramento no provision was made for trails. George and I went to the legislature with the full support of the district and the power of eminent domain was given to the district so that a trails system could ensue. Never misused and always used proudly and for the public benefit-the power exists today.

George was a patriot and loved the marching music of John Philip Sousa. The ceremony of George's life concluded with "The Stars and Stripes Forever". Here is an epigram that for me summarizes his life and effort. The French poet and aerial path finding pilot-France-French North Africa-South America-1930, Antoine de Saint-Exupery wrote, "If you want to build a ship, don't drum up the men to gather wood, divide the work and give orders. Instead, teach them to yearn for the vast and endless sea." 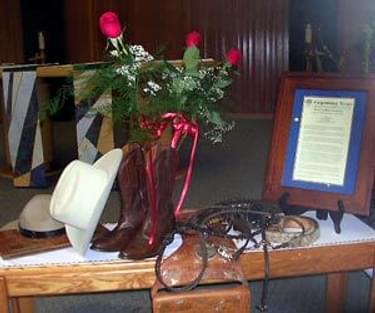 By Derek Blount, Chairman Partnership for the National Trails System

In America's time, we have seen great leaders step forward and make great changes in our world. People like George Washington, Thomas Jefferson, Meriwether Lewis, William Clark, John F. Kennedy, Robert Kennedy, and Martin Luther King have led us to build a better world. These are people who took the lead to make changes in our world sometimes at great cost to themselves.

Other adventurers have also stepped forward in perhaps smaller ways with no less importance. People like Joe Reddington, Iditarod Trail, and Benton McKay, Appalachian Trail, have followed their own trails and left a legacy for America. George Cardinet is one such person.

George was an avid equestrian and advocate for the preservation of public open space and trails. His impact on the trails community spanned local, regional, state and national programs. His early beginnings in trail and open space advocacy in the 1940's in Contra Costa County, California became the model for the California State Riding and Hiking Trails Plan and later led to two California State trails acts in 1945 and again in 1974.

He led a number of exploratory rides for the purpose of investigating and evaluating new trail opportunities. He led the first exploratory ride on the Tahoe Rim Trail and the Capitol-to-Capitol Trail (Sacramento to Carson City). He also explored the Bidwell Bartleson Party route of 1841 and the Joseph Walker route of discovery in Yosemite Valley in 1833. If that was not enough, over a ten-year period he led rides to explore a dozen Wilderness areas including John Muir, Lassen and Yosemite. George's roots were firmly entrenched in his home territory on the outskirts of San Francisco. He grew up in Oakland and in 1940, he moved to Concord on the edge of open spaces. He created many trails over the years in the area around the East Bay area and Mt Diablo State Park. The City of Clayton honored George by designating 2.5 miles of trail within the city as the George Cardinet Trail. His advocacy and passion for trails mapped and routed over 200 miles of trail in California and influenced thousands of miles of trail across America.

Without George, the National Trail System might be just another pipe dream going up in smoke. His work in California strongly influenced and contributed to the creation and form of the National Trails System Act in 1968. President Johnson invited him to the signing of that act in Washington where he received recognition for his accomplishments

George later advocated the creation of two other national trails. The Pony Express Trail, which may very well have disappeared in American history as a minor ripple in the sands of time without the strong support of George and his cadre of horsemen and horsewomen. Juan Bautista de Anza may have been relegated to a forgotten page in an obscure history book without George's drive. It became his life's passion. In 1976, he chaired and organized a bicentennial effort to reenact the 1,500-mile trek from Mexico City to the San Francisco area. He rode a major portion of that trail portraying Lieutenant Moraga, De Anza's second in command. To his great delight in 1990, the trail was designated a National Historic Trail.

George Cardinet brought a special brand of perseverance and drive to trails advocacy. A few years back George was successful in advocating the continued use of horses in the backcountry of Yosemite National Park. It was a difficult fight but George was tenacious in his pursuit of his goal to keep horses in the backcountry. He organized a group of 50 horse organizations to meet with the National Park Service and successfully had horse use included in the park's general plan.

The public outside of California knew little of George and his work, but he was well known and respected in the national trails community. The State of California presented commendations to him in 1989, 1992, and in 1999 for his work on the East Bay Trails, the Tahoe Rim Trail and the de Anza Trail. In 1998, George won the highest honor the State Parks have ever bestowed on volunteer service, a bronze medal and Superior Achievement Award. The National Park Service awarded him the position of Honorary Park Ranger.

There was very little that ever-discouraged George. If he encountered an obstacle, he rode over it, went around it or kicked it out of the way. He let nothing stop him from his goal. When his feet hit the floor every morning he was off and moving to do some other project. He never slowed down. His outspoken manner encouraged those of us in the Partnership for the National Trail System to keep working at trail advocacy and gain the support and respect of legislators and agency personnel in local, State and Federal governments. He led when others held back. He blazed a trail followed today by over 79,000 trail volunteers in the National Trail System and thousands more in the California Trail System.

George was the founder of numerous organizations including American Trails, East Bay Trails Council, Tahoe Rim Trail Fund, and the American Trails Network. He served in many positions of leadership including, President of the California State Horseman's Association in 1945 and President of Amigos de Anza in 1997. A list of his association with trail organizations would fill an entire page.

George became the father of California trails and the grandfather of the National Trail System. He was the great patriarch of trails in America. The State of California and the nation has lost a great man who has left a tremendous legacy to the public in the thousands of miles of trails and hundreds of square miles of open space. America will miss him.

On January 26, 2007 George was laid to rest. His service at St Bonaventure Church, in Concord, was huge. Friends came from all over to pay their last respects. Over 300 people attended. A mounted Amigos de Anza drill team escorted the hearse to the church as their color guard lined the entrance to the building. Dr. Juan Ignacio Rodreguez, of Mexico City, followed the hearse leading a saddled horse with George's cowboy hat and reversed boots. The color guard and dismounted drill team then escorted his coffin into the church lining the aisle.

During the service, a number of people spoke of their relationship with George and the things he had accomplished in his life. There was a lot of laughter over the many good times people related. His priest related the strength of his religious beliefs and support of his church. Others like Nancy Dupont and Hulet Hornbeck related personal experiences with George on the trails. Dr. Rodreguez, a close friend from Mexico City, spoke of their friendship and work on the de Anza Trail and finally led everyone in a long, standing ovation to George. A number of family members also spoke of their relationship with their father. After the service, everyone went to the parish hall for a reception. People sat and many more stories were told and exchanged of George's exploits. George was quietly laid to rest in Queen of Heaven Cemetery later in the day. Many a glass was raised in his honor that night and the days to come.

On January 28, 2007, Representative George Miller from California read a memorial of his passing and accomplishments into the U.S. Congressional Register. 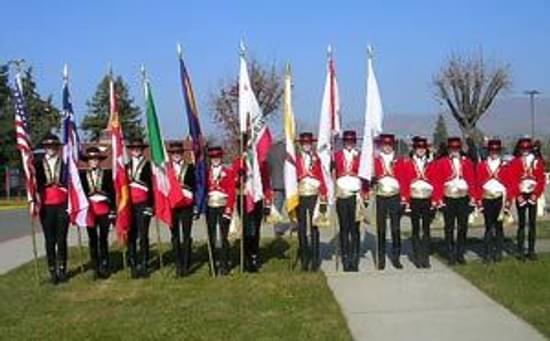