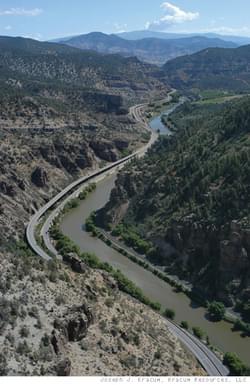 Interstate 70 follows the Colorado River as it snakes through Glenwood Canyon, CO; photo courtesy of the Federal Highway Administration

The United States Department of Transportation's policy is to incorporate safe and convenient walking and bicycling facilities into transportation projects. There are no Federal laws or regulations that prohibit bicycle use on Interstate highways or other freeways. Although a State may prohibit bicycles on freeways, prohibition is not a Federal requirement. Most western States allow bicycles to use Interstate highways or other freeways. Many of these States restrict bicycle use in urban or other congested areas.

In some locations, the Interstate highway or other freeway may be the only reasonable route, or may be preferred compared to other steep, narrow, or winding routes. A State should consider safety and traffic concerns along the freeway and along alternative routes when considering whether or not to allow bicyclists to use freeways.

Here's a few best practices examples on shared use paths along or near freeways/highways/interstates:

This is a best practice for incorporating various uses along an interstate highway right-of-way through a canyon.

Opened to traffic on October 14, 1992, the Glenwood Canyon project, a 12.5-mile network of viaducts, bridges, and tunnels constructed through an extraordinarily narrow, environmentally sensitive gorge in western Colorado, marked a milestone in the Nation's transportation history. The project not only connected the final leg of I-70, but also it symbolized the completion of the original U.S. interstate highway system.

The challenge was how to squeeze a modern, four-lane freeway into a gorge barely wide enough to accommodate the existing two-lane highway without significantly damaging the environment. Colorado Department of Transportation's answer was to construct two roadways, one nearly on top of the other. The final design consisted of a predominately elevated roadway including 40 bridges and viaducts stretching more than 6 miles between sections of roadway. The highway also has 15 miles of retaining walls and a 4,000-foot-long tunnel with bores for traffic in both directions. The retaining walls are secured with ground-anchored tiebacks and soil anchors, and the highway is paved with cast-in-place, post-tensioned pavement slabs cantilevered 6-feet beyond the retaining walls.

In addition to a facility for traffic management and maintenance inside the tunnel, the corridor also houses four full-service rest areas, a bicycle path running the canyon's entire length, and special facilities for launching rafts, boats, and kayaks.

Upon completion, the Glenwood Canyon project was revered for accomplishments in planning, context-sensitive design, work zone traffic safety and management, and construction achieved despite numerous physical, operational, and administrative obstacles faced during construction. The project won more than 30 awards, including the 1993 Outstanding Civil Engineering Achievement Award from the American Society of Civil Engineers.

E-470 is a 47-mile, 75 mph toll road that runs along the eastern perimeter of the Denver metropolitan area. The road is financed, constructed, operated and governed by the E-470 Public Highway Authority. E-470 is composed of eight local member governments: Adam, Arapahoe and Douglas countries, and the municipalities of Aurora, Brighton, Commerce City, Parker and Thornton.

The E-470 expansion project is adding a lane for the tollway from Quincy Avenue to Parker Road. The C-470 trail will be rerouted in two places near the highway, passing under overpass bridges for Quebec and Colorado Boulevard. The reroutes on this popular bike path will eliminate potentially dangerous street crossings where the trail traversed the two busy streets.

Construction will continue past the designated end point southwest of Ireland Way along the E-470 right of way to the Arapahoe/Douglas County line. Although this segment will be constructed, there will be no access past Ireland (approx. 2.5 miles) to this section of the trail—future tie-in and connectivity for this area are being explored by local jurisdictions and stakeholders. 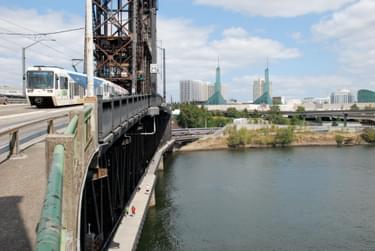 Looking east from the upper level of the Steel Bridge, in Portland, Oregon. The pedestrian walkway on the lower level, connecting to the Eastbank Esplanade, was installed in 2001; photo by Steve Morgan

The Eastbank Esplanade is 1.5 miles long, extending north from the Hawthorne Bridge, past the Morrison and Burnside Bridges, to the Steel Bridge with connections to eastside neighborhoods as well as across the river to Gov. Tom McCall Waterfront Park.

The Federal Highway Administration's Bicycle and Pedestrian Program provides guidance on shared use paths and bicycles on freeways at: https://www.fhwa.dot.gov/environment/bicycle_pedestrian/guidance/freeways.cfm 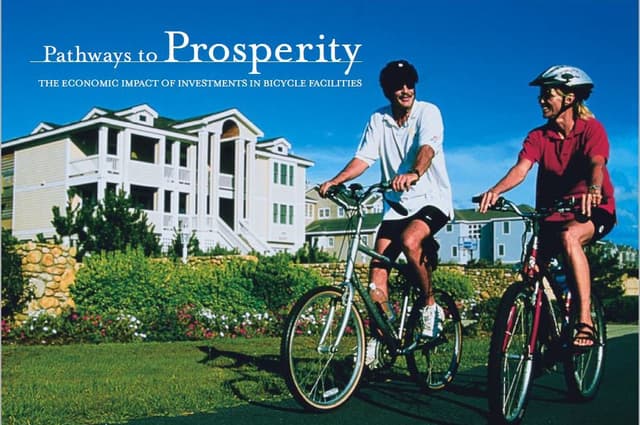 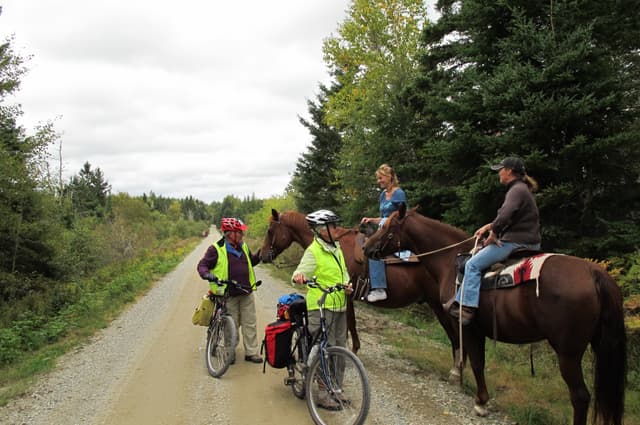 Understanding Equestrian Use of Highways and Bicycle/Pedestrian Facilities 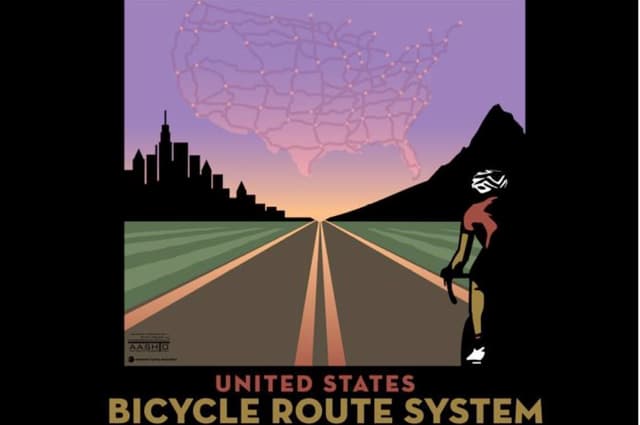