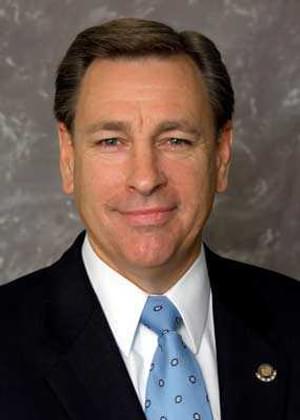 As an advocate for trails throughout southern West Virginia, Senator Plymale has been a key player in the development of public trails for recreation and alternative means of transportation.

Robert H. Plymale represents District 5 in the West Virginia Senate and is Director of the Nick J. Rahall, II Appalachian transportation Institute (RTI), a University Transportation Center, in Huntington, West Virginia. As an advocate for trails throughout southern West Virginia, Plymale has been a key player in the development of public trails for recreation and alternative means of transportation, including the Huntington Museum of Art Multi-Sensory Trail and the Paul Ambrose Trail for Health. Recognizing the economic development and community revitalization potential of the Hatfield McCoy Trails to coal-dependent counties in southern West Virginia, he has been active in mapping, planning and promoting hundreds of miles motorized, private trail system.

Since he became director of the RTI in 2001, Plymale and the researchers and educational professionals affiliated with RTI have realized the potential trails have to boost the region’s tourism industry and reviving its economy. Some of RTI’s first research initiatives addressed creating "rails to trails" projects along the Greenbrier River Trail, planning for development of greenways between the state’s major cities and developing and evaluation a geographical information mapping system for the Hatfield McCoy network of trails. Plymale and RTI’s largest regional impact on trails in West Virginia may be the work with the Hatfield McCoy Regional Recreation Authority. In fact, since 2005, off-highway vehicle recreation has become southern West Virginia’s most frequently utilized outdoor recreation attraction, surpassed only by white water rafting; the popularity of the Hatfield McCoy Trails systems can be attributed to the majority of off-highway vehicle trail users.

The Huntington Museum of Art’s property includes more than 40 acres of hillside that has retained its natural woodland state. The museum’s nature trail is a well-marked and maintained trail approximately one mile in length. Senator Plymale and RTI have supported this trail from the early stages of its development through completion of the project.

As a result of RTI research, Plymale was instrumental in the development of the Paul Ambrose Trail for Health (PATH) in Cabell and Wayne Counties of West Virginia. Once complete, the PATH will be a proposed 26-mile, public trail that was named for Dr. Paul Ambrose, a young physician who was killed at the Pentagon in the terrorist attacks of Sept. 11, 2001. Ambrose was en route to attend an adolescent obesity conference in Los Angeles, when his plane was crashed into the Pentagon. The PATH, which will consist of segments of crushed limestone non-motorized trail as well as motorized “Share the Road” segments, will link residential communities to business and educational areas, and provide a safe, alternative means of transportation and recreation. RTI has lead planning and fundraising efforts through grant-writing and public events, which total approximately $340,000. In addition, more than 1,000 individuals in the tri-state area have participated in PATH-related health and fitness or education activities, which continue the legacy of Dr. Ambrose to fight obesity through physical activity.

Under his direction, RTI has provided trail inventory and mapping, layout and design services and trail construction oversight for public and private trails.

With the assistance of Dr. Raymond Busbee, RTI has developed four online courses offered by Marshall University that relate to creating and maintaining OHV trail systems: Introduction to Off-Highway Vehicle Recreation; Planning, Design and Construction of Off-Highway Vehicle Trail Systems; Construction of OHV Trail Systems; and Operation and Management of OHV Trail Systems. These courses, which are available for graduate or undergraduate credit, may lead to a minor in Off-Highway Vehicle Recreation Management. Individuals who complete these courses have entered the workforce as trail specialists, directors of field operations, director of trail planning and development and trail maintenance crew.