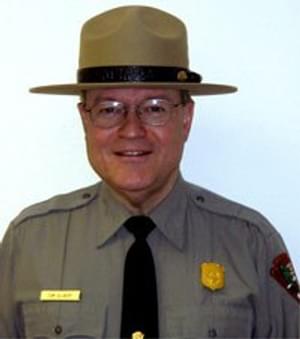 In August of 2002, Tom Gilbert was presented with his 30-year service pin by the National Park Service.Tom entered Federal Service in 1972 after obtaining a degree in Parks and Recreation Resources from Michigan State University. He has conducted feasibility studies for the Bureau of Outdoor Recreation, he has served as a team member or consultant on the development of management plans for many National Trail Systems including the Ice Age National Scenic Trail and the Trail of Tears National Historic Trail, he has served as the trail administrator of the North Country and Lewis & Clark Trails in Omaha.