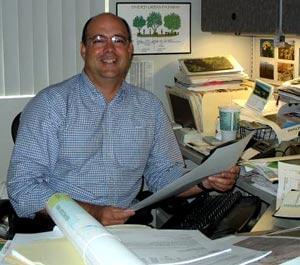 A trails advocate for more than twenty years, he has been involved in successful trails and open space conservation projects at the local, state and national levels. Steve's numerous achievements include:

Steve's commitment to trails and open space has been considerable over the past two-plus decades. In fact, Steve was Co-Chair of the 1998 National Trails Symposium. Steve's years of devoted public service make him very worthy of recognition by American Trails.