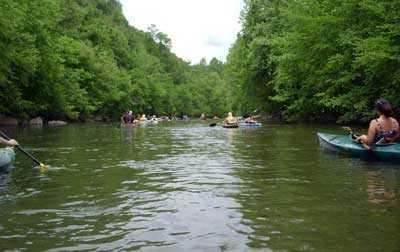 The Big, Little and Coal Rivers drain about 849 square miles of land rich in history and the source of much of the coal and timber that made the Kanawha Valley a great industrial center for over a century.

The Group’s goals include preserving and protecting the Big Coal, Little Coal and Coal Rivers, preserving and interpreting the history of the rivers and creating recreational and economic opportunities for the three-county water shed. In addition the non-profit organization develops tourism and encourages recreation in Boone, Lincoln and Kanawha counties of southern West Virginia.

Early in its life the Group realized the best way to get people to appreciate the rivers was to get people in and on the rivers. To help they created the Walhonde Water Trail, eighty-eight miles of water from Whitesville on the Big Coal River and Danville on the Little Coal River to St. Albans at the mouth of Coal River. When the Group learned no agency in West Virginia had the authority to designate a stream as a water trail, they got the WV Division of Natural Resources to give them a letter acknowledging the Walhonde Water Trail existed. Because of their difficulties, the WV Recreational Trail Advisory Board has developed and adopted criteria for designating water trails in West Virginia. 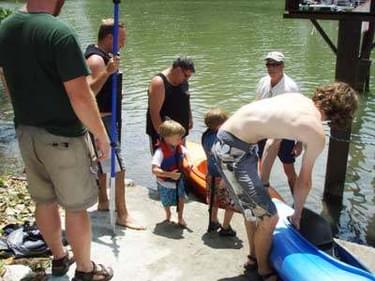 A Recreational Trails Program grant is being used to reprint the water trail guide and improve kiosks along the trail. Almost every weekend during the summer the Group sponsors and leads a float trip over short sections of the trail. The annual “Tour de Coal” floats down the lower eleven miles of the Walhonde Water Trail. This leisurely trip began with 44 canoes, kayaks and other boats the first year. Over 165 boats and 200 people took the tour in 2009.

The Group has had signs installed directing visitors to the public access points along the rivers and pointing out the historic lock and dam system. This system was the first lock and dam system constructed on an inland waterway in the United States and was used until shortly before the Civil War to bring coal and timber out of the Coal River watershed. It washed out for the final time in the 1880’s.

Members of the Coal River Group have conducted a field trip to research a sunken wooden barge, first identified by Steve Marshall while on a canoe trip along the Big Coal. The barge, once used as a floating base for a sand plant, is approximately 20' x 60'. The research team believes the barge was originally one of a number of barges that were used to haul coal and other goods while the time the lock and dam system was in use. 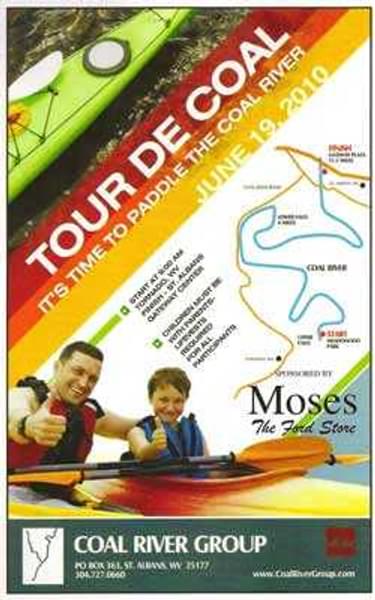 Since people questioned the water quality of the rivers, the Group began a partnership with schools in all three counties to routinely sample for coli form bacteria, turbidity and other parameters. These efforts indicated the primary contaminants in the rivers were trash throughout the watershed and sewage in the lower ten miles of Coal River. Instead of simply identifying the problems, the Group began an annual cleanup campaign to remove trash from all three rivers in cooperation with numerous businesses and state and local government agencies. Tons of litter have been removed from the rivers.

The Group has also campaigned for funds to connect hundreds of homes currently using septic tanks or poorly operating package plants in the lower ten miles of the river. This volunteer group is credited with getting the West Virginia Infrastructure Council to dedicate $20,000,000 (one third of the funds available in West Virginia) to constructing sewer lines through the area and eliminating the seven package plants and hundreds of septic systems that have been contributing to the fecal coli form problem.

Recently the Group has begun development of a science center for conservation education in a Kanawha County park at the Upper Falls of Coal River. This center will feature a diorama of the Coal River Watershed with real time monitoring equipment. A land based trail was constructed by the Group in this park using a grant from the West Virginia Department of Health and Human Resources. In addition they have developed a nature preserve with land based trails on property donated by the Barnette Family at the Lower Falls of Coal River.

Finally, the Coal River Group has assisted other organizations around West Virginia to organize for developing water trails, and protecting the environment. This has been done by giving presentations at the annual West Virginia State Trail Conference and by visiting other watershed groups around the state. At the same time the Group has continued to develop new ways to achieve their original goal – bringing life back to the Coal River.