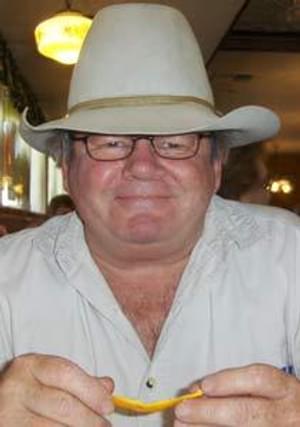 Since the cleanup of Trabuco Canyon in 1995 Jim has helped clean the canyons.

In 1995 there must have been a dozen huge waste containers full, car bodies stacked and many appliances waiting to be hauled away in the Trabuco Canyon. Jim has helped clean the canyons (Modjeska, Silverado, and Trabuco) every year since to the point that there is very little trash to be removed. People have caught on and no longer use the open space as a dump.

Jim began Trails4All as a means to resolve disputes among trail users (equestrians, hikers, and mountain bikers). His meetings bring together members of these various groups to resolve their differences. In some instances, he sets up a table at a trail head and speaks to individuals about the issues. As a result, much of the past problems have been resolved, but there is always the ten percent who will do things their way to the dissatisfaction of the majority. His meetings advertise different volunteer events to avoid conflicts that would occur among trail work parties.

Jim realized that the national coastal clean up day was something that Trails4All could participate in without going to the beach. He called upon the communities to join forces to clean the streams/creeks/river near their locations. He called upon the business community to donate funds, in kink, or staff to support this terrific idea. This idea was to remove trash and recyclables before they reached the ocean. This effort continues on year after year removing tons of junk involving about two thousand volunteers (or volunteers if they are from Disneyland). 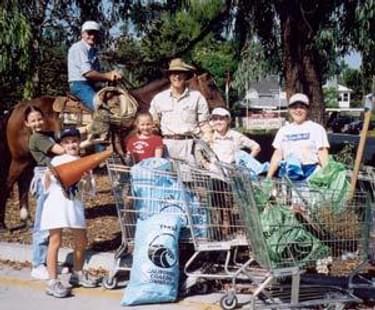 In fact, the Inland Empire has joined in, but chooses to do theirs during times when temperatures are more mild. Seventeen years ago a small group convinced the county that an organization was needed to handle citizen problems dealing with the hundreds of miles of trails here in Orange County.

Each of the Supervisors appoints two members and county staff also participates and Jim was one of the founding members. This organization resolves trail matters at bimonthly meetings and reviews development plans for trail access. More recently, Class I bikeways have been included which involve over a hundred miles separate riding for bicyclists.

Jim obtained a $250,000 grant from Rivers and Mountain Conservancy to design the Coyote Creek Bikeway and improve the San Gabriel River Bikeway. This involved both Orange and Los Angeles Counties plus all the cities along the route and all their organizations associated with the water. Also included were the Army Corps of Engineers and the National Park Service. Many meetings were needed to bring these agencies and local citizens together for their opinions and comments.