Public demand for trails of all types is outstripping current levels of funding. 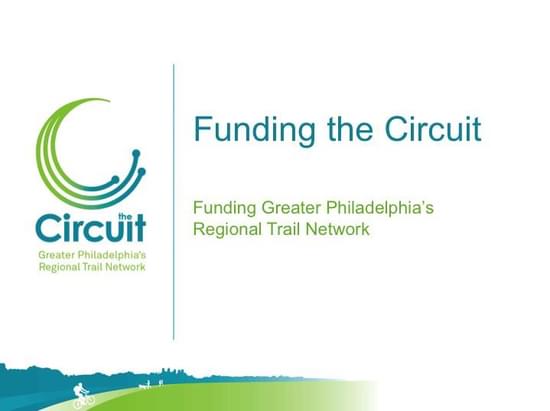 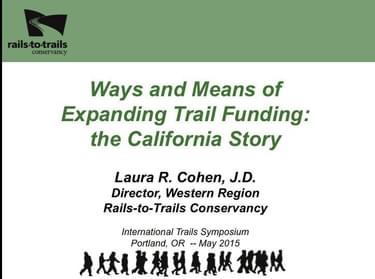 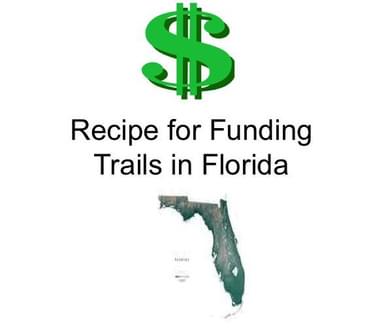 Public demand for trails of all types is outstripping current levels of funding. From Pennsylvania to Florida to California, trail advocates are developing innovative and successful strategies for expanding state-level trails funding. Rails-to-Trails Conservancy has been a lead partner in three such efforts since the International Trails Symposium of 2013. Join three RTC field directors for the inside scoop on how three very different campaigns were conceived, organized, tactically driven, and executed.

Ken Bryan is a native Floridian who enjoys the warm outdoor lifestyle the state’s trails and beaches offer. He built his first trails as a young boy in the woods nearby his home in North Florida, but times have changed. Where he once was sworn to secrecy regarding the location of these trails that he and his neighborhood friends built, he is now committed to advancing public trails for all to know and use. He has been the Florida Director for Rails-to-Trails Conservancy for 23 years and is more excited and bullish about trails now than when starting the job as a young man coming from local government, and feels the tipping point for Florida’s communities towards achieving useful non-motorized systems for practical travel, personal health, and recreation is upon us.

Laura Cohen has more than 20 years of experience working at the intersection of recreation, active transportation, active living, and sustainable communities. As Director of the Western Region (comprising 6 western states), Laura oversees Rails-to-Trails Conservancy’s trail development program, and leads RTC’s policy and advocacy efforts. Over the past decade, Laura has successfully advocated for investment of hundreds of millions of dollars in bicycle, pedestrian, and trail funding in California. She has conducted bicycle/pedestrian/trail policy and design training workshops in dozens of communities. Laura co-founded the Caltrans Active Transportation and Livable Communities Advisory Group, which has helped transform Caltrans into a better partner in serving bicyclists and pedestrians. Laura holds a B.A. in Political Science from U.C. Santa Barbara, and a law degree from U.C. Berkeley’s Boalt Hall Law School.

Carl Knoch - After nearly 30 years in marketing and marketing research in such diverse industries as advertising, financial services and computer games, Carl found his passion when he joined the York County Rail Trail Authority as a volunteer director in 1998. The authority is a ten-member volunteer board charged with development of the county’s trail system. Carl has served as chairman of the Authority since 2000. He has conducted numerous trail user surveys and economic impact analysis and presented those findings at national, state, and local conferences. In April of 2006 he joined the staff of the Northeast Regional office of the Rails-to-Trails Conservancy as Manger of Trail Development. Carl has a BS in Marketing and an MBA from Penn State. Carl was inducted into the Keystone Society for Tourism in 2009 in recognition of his efforts to promote trails as tourism destinations. In 2007 he was honored by the Pennsylvania Planning Association with a Distinguished Leadership Award for a Citizen Planner. American Trails awarded Carl a State Trail Worker Award in 2004. 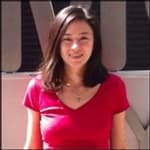 Leeann Sinpatanasakul is the Advocacy Coordinator at Rails-to-Trails Conservancy. Her work supports the policy team by engaging and educating grassroots supporters on important trail policy issues at the national and State levels. Prior to joining RTC, she completed a year of service with AmeriCorps, assessing river health and conducting environmental education at schools, colleges, and in her local north New Jersey communities. Ms. Sinpatanasakul received her Bachelor of Science in Environmental Science from Rider University and her Master of Public Administration in Environmental Science and Policy from Columbia University.

More articles by These authors