The goal of the Bonneville Shoreline Trail (BST) is to link communities along the ancient Lake Bonneville shoreline terrace of Utah's Wasatch Front. 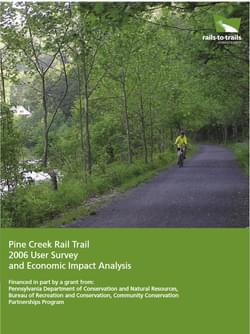 Over the decades years, a coalition of trail advocates have already successfully established trail segments in many communities. When completed, the trail will extend from Cache County to Juab County.

Myth # 1: Development of the BST trail will increase the liability of private and public landowners.

While concerns about liability are understandable, real-world experience shows that neither public nor private landowners have suffered from trail development. The State of Utah has laws that substantially limit public and private landowner liability. State law protects private landowners who open their land to the public for recreation as long as they do not charge a fee, and abstain from "willful and wanton misconduct" against trespassers such as recklessly or intentionally creating a hazard (Landowner Liability Act U.C.A. §57-14-1 et seq.) In fact, public agencies, utility companies (including canal companies), and other private landowners may actually IMPROVE their liability protection by formally allowing a public recreation use.

Myth #2: Development of the BST will increase crime and vandalism along the trail corridor.

The reverse is generally true. More use usually means fewer problems. In other words "more of the right kind of use by the right kind of people generally tends to drive out trouble-causers who thrive on seclusion and anonymity." There is a great deal of evidence, both locally and nationally, that indicates trails do not attract crime. (Rick Reese, BST Committee).

"The problems we had along the foothills with 4X4 vehicles, gunfire, beer parties, campfires and transients have disappeared. The residents along the system are very pleased and have become users and advocates. On the Ogden River Parkway, the development of the trail system has virtually eliminated crime and unwanted behavior. Only one incident along the three-mile Parkway required a police report in the past twelve months." (Jay Hudson, Assistant to the Mayor, Ogden City February 1996)

Myth #3: Development of the BST will have a negative effect on property values.

The effect of a trail on neighboring property is generally beneficial, rather than detrimental in terms of property values. Numerous studies both nationally and locally suggest that trails are prime attractions for potential home buyers and usually act to increase property values.

"Some developers (in St. George, Utah) have found that property sells faster if it is connected to the trail system. Some property values increase almost 20% if homes are located near a trail. Along the trail are places where homeowners have built connecting trails from their property for easier access." (Tom Wharton, "St. George Open Space" - Salt Lake Tribune, April 12, 1996).

Research on the attitudes of residents living next to urban trails indicates that once a trail is established, the early fears expressed by landowners tend to disappear and are replaced by positive, and at times even enthusiastic support for the trail. (Rick Reese, BST Committee). A recent study in Omaha found that 75% of residents living along a trail perceived there to be a positive relationship between the trail and their neighborhood quality of life. (Omaha Recreational Trails: Their Effect on Property Values and Public Safety, Donald L. Greer, University of Nebraska at Omaha).

Myth # 5: A community trail like the BST north would be expensive to construct and maintain.

Many communities may already have fire access roads, canal roads, utility ROWs, or existing trail segments, that, with the addition of some minimal signage and minor upgrading can be formally designated as the Bonneville Shoreline Trail. Local volunteers have constructed most if not all of the BST along its entire length, keeping development costs extremely low. "Adopt-a-Trail" programs have proven very successful in ongoing maintenance efforts. The Utah Conservation Corps is available to provide trail building services at much reduced cost.

All access through private property would have to be negotiated with landowners. Cities and Counties that have the trail defined in their General Plan may require developers to dedicate a trail easement through any new development, much in the same way they can require a road, sidewalk, or park space.

Many cities in Utah have used financial or other incentives to developers that make it worthwhile for the landowner to actually construct the trail themselves. However, the trail will usually be constructed by municipalities working with private and public landowners in willing partnerships for the betterment of their community. Foothill trails preserve public access that is often lost when exclusive housing developments cut off historical accesses.

Carl Knoch - After nearly 30 years in marketing and marketing research in such diverse industries as advertising, financial services and computer games, Carl found his passion when he joined the York County Rail Trail Authority as a volunteer director in 1998. The authority is a ten-member volunteer board charged with development of the county’s trail system. Carl has served as chairman of the Authority since 2000. He has conducted numerous trail user surveys and economic impact analysis and presented those findings at national, state, and local conferences. In April of 2006 he joined the staff of the Northeast Regional office of the Rails-to-Trails Conservancy as Manger of Trail Development. Carl has a BS in Marketing and an MBA from Penn State. Carl was inducted into the Keystone Society for Tourism in 2009 in recognition of his efforts to promote trails as tourism destinations. In 2007 he was honored by the Pennsylvania Planning Association with a Distinguished Leadership Award for a Citizen Planner. American Trails awarded Carl a State Trail Worker Award in 2004.