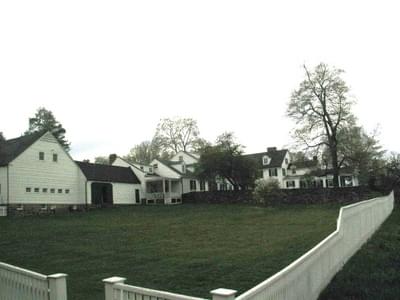 The State of Connecticut has been widely recognized as the birthplace of American Impressionist art, where many prominent artists gathered at the turn of the 20th Century to paint the landscape.

In October of 2002, a project called "Connecticut Impressionist Art Trail Viewpoints" was unveiled. This project, which was a joint effort of the Connecticut Impressionist Art Trail, the Connecticut Commission on the Arts, and the Connecticut Department of Environmental Protection, consists of five outdoor exhibits located throughout the state featuring reproductions of American Impressionist paintings in the setting where the artist actually worked! Each viewpoint consists of a display panel containing a color reproduction of a painting created at or near the site, along with information about the artist, the painting and the historic significance of the landscape.

The Viewpoints serve as a kind of two-way street between the museums in which the paintings hang and the trails and parks where the exhibits are located. Information at the museum sites encourage patrons to get out to the parks and trails to experience first hand the natural beauty that inspired so many artists and conversely, the viewpoints urge outdoor enthusiasts to explore the State's wealth of artistic treasures.