Back to the River, Inc., Iowa 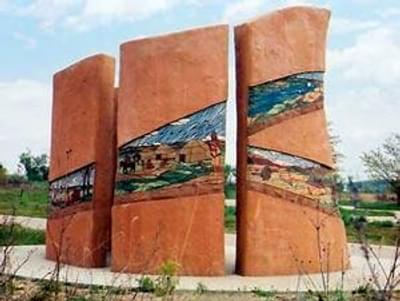 "Back to the River" artwork celebrates the Lewis and Clark expedition

The trail exposes people to the history of Lewis and Clark's Expedition in a fun, original way while encouraging use of the Nebraska and Iowa Riverfront Trails and riverfront parks.

The emphasis on original, local artwork was designed to provide regular trail users with entertainment and knowledge, and to attract others curious about the artwork or history— exposing them to riverfront trails and parks in Nebraska and Iowa.

photo credit: Back to the River, Inc. 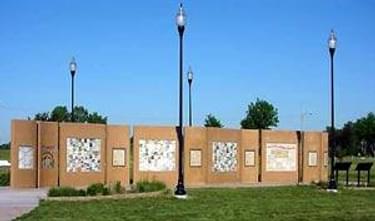 To encourage broad input into the project, community groups, schools, neighborhood associations, historians, scientists, artists, consultants, and contractors participated throughout the project's development. This created a heightened interest for the project, and many viewpoints and opinions were considered as the artwork progressed.

The alliances built during this project continue to strengthen and grow and the result has been more joint activities among the groups. It has also developed a community expectation of continued improvement in the aesthetics and activities available to residents and visitors. It is estimated that over 600 people left their mark on this unique endeavor.