Different Views From The 606 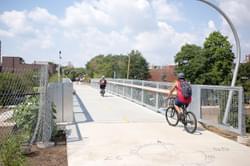 Different Views From The 606

Parks and greenways provide many benefits to urban communities, but their relationship to crime is often debated. We examined the links between an elevated linear trail and crime within census block groups (CBGs)surrounding Chicago’s Bloomingdale Trail, colloquially known as The 606, using two different approaches: (a) a matched case-control comparison of crime trends in 606-proximate CBGs and similar socioeconomic status(SES) neighborhoods in other parts of the city and (b) spatially oriented hierarchical regression models of crime in 606-proximate CBGs before and after trail construction. Using this dichotomous approach, we detected a positive influence of The 606 on all types of crime (violent, property, and disorderly) when examined at a coarse scale, particularly in low SES neighborhoods (Study 1), and an inverse relationship between trail proximity and property crime on a spatially proximate scale (Study 2). Future research should continue to explore complex relationships between urban greenways and crime in diverse cities. 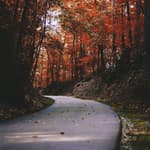 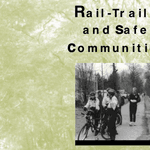