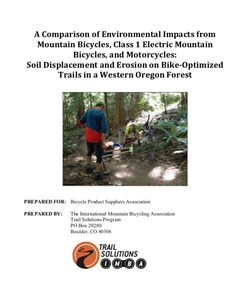 In the fall of 2015, under contract with the Bicycle Product Suppliers Association (BPSA), with counsel from a field of recreation management experts, and through a review of existing studies of erosional impacts from trail users, the International Mountain Bicycling Association (IMBA) conducted a scientifically controlled field study designed to measure relative levels of soil displacement and erosion resulting from traditional mountain bicycles, electric mountain bicycles (eMTBs), and traditional off-road motorcycles (i.e. dirt bikes). The observations were compiled in controlled environmental conditions, with each type of bike making multiple passes on separated sections of the same trail within a single test site. 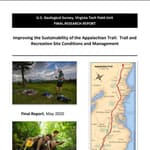 Improving the Sustainability of the Appalachian Trail

The Appalachian National Scenic Trail (A.T.) is a unique internationally recognized protected natural area encompassing more than 250,000 acres and a 2,190-mile footpath from Maine to Georgia. 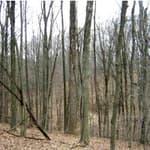 This research investigates horse trail impacts to gain an improved understanding of the relationship between various levels of horse use, horse trail management alternatives, and subsequent horse trail degradation. 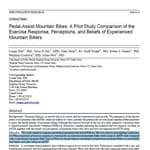