The $8,000 in Recreational Trails Program (RTP) funding was used by the Wilton Lyndeboro Winter Wanderers Snowmobile Club to purchase an easement for a one-mile section of Corridor 13 that runs through Four Corners Farm. Forty-three acres of the Four Corners Farm are now preserved as a working farm, the only dairy farm left in Wilton and one of just five in Hillsborough County, New Hampshire.

This project has the benefit of protecting both agricultural land and open space, while preserving trail access to a snowmobile route that crosses the property. The RTP grant also helped preserve wildlife including local nesting geese, deer, fox, hawks and owls that reside on the farm. 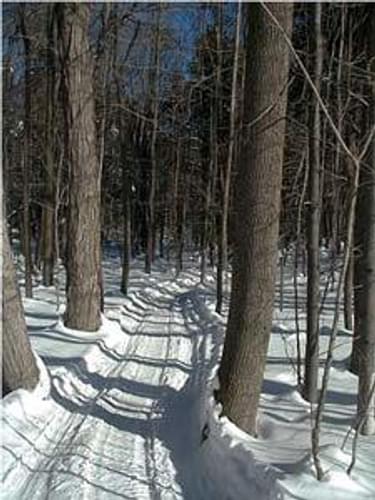 The many trail users that enjoy the Four Corners Farm include snowmobilers, cross country skiers, horseback riders, hikers and snow-shoers. This project is a great demonstration of environmental preservation coupled with a rewarding private land-owner partnership.

Volunteers Mike and Carol Andrews undertook the grant writing. They had earlier assisted the community farm in securing a Land and Community Heritage Investment Program (LCHIP) grant for a nearby orchard. LCHIP provided $250,000 toward the project.

The Wilton Wanderers Snowmobile Club was another active participant in getting funding. "There are two sections of trail on the farm," club member Bruce Rafter of Wilton said. "About three-quarters of a mile of trails. We got $10,000 from the State Bureau of Trails toward the easement." 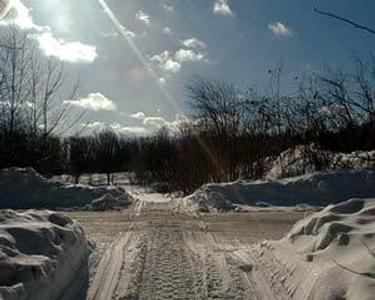