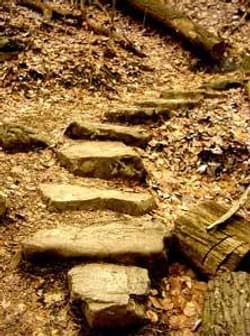 Located in the Baltimore-Washington metropolitan area, the trail is popular with hikers, bikers, and equestrians.

A $20,000 Recreational Trails Program grant allowed the heavily used Cascade Trail, a multi-use trail located in the Orange Grove Area of Patapsco Valley State Park, to be repaired and improved.

Due to heavy use, the trail was in very poor condition prior to the renovations, with several sections extremely eroded, creating hazardous conditions for all users, and allowing sediment into local streams.

The erosion was corrected by installing cribbing and water bars in such a way so as not to interfere with any users. Rock steps were constructed on one very steep section of trail next to Cascade Falls to correct hazardous and often slippery conditions. The steps also alleviated some of the erosion occurring along the stream bank.

A short switchback corrected another steep, treacherous section, which now makes the trail safer for all users.

An aesthetically pleasing natural bridge, constructed of native locust timbers, was erected at a stream crossing to allow for a safer and dry crossing, and further protects the stream bank from erosion. 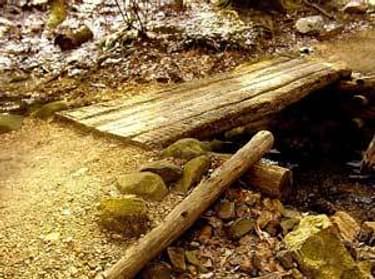