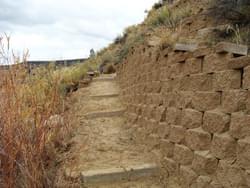 The overall goal of this project is to improve visitor safety as well as the sustainability of the trail.

Fishing enthusiasts from all over the world come to New Mexico to fish the waters of the San Juan River below Navajo Dam. As such, river access trails need to enable significant year-round traffic. The trail at Navajo Lake State Park that descends steeply to the wetlands and river below had become significantly eroded.

An RTP project supported the design and reconstruction of the trail. The project was accomplished under the leadership of the State Parks Division of the New Mexico Energy, Minerals and Natural Resources Department. The partnership also included the Professional Trailbuilders Association member Reineke Construction.

The work required the placement of more than 2,000 modular retaining wall blocks and 43 pre-formed concrete steps, which were installed by hand. 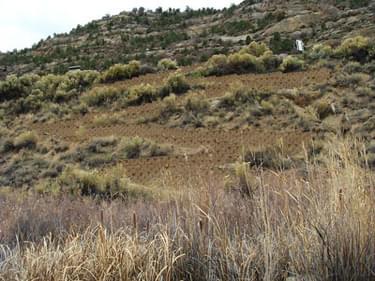