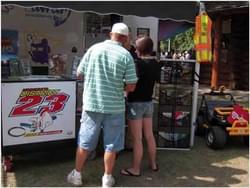 The Coalition of Recreational Trail Users (CRTU) is a nonprofit organization formed by a partnership of Minnesota’s motorized recreational trail user communities.

The Coalition of Recreational Trail Users (CRTU) is a nonprofit organization formed by a partnership of Minnesota’s motorized recreational trail user communities. It is composed of:

In 2007, the coalition recognized the need to educate the motorized trails communities, as well as the general public, regarding safe and responsible motorized recreation. To answer these needs, CRTU developed a plan for an education and outreach trailer to be stocked with information on rules, regulations, safety, and the state associations, as well as maps and youth safety training CDs. All this information was available in both paper and multimedia formats via an integrated flat-screen display, computer, and DVD player. 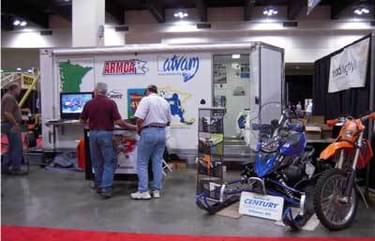 It was agreed that the trailer would be manned with members from the partner organizations who were knowledgeable about the state’s and associations’ programs. The member organizations’ goal was to educate their membership and also riders who were not members of any club or association. It has been shown that club and/or association membership is an important way of developing more responsible and informed riders. A secondary purpose was to expose members of the general population to motorized recreation as a legitimate activity and give them an opportunity to view one of the many positive aspects of the rider community.

Using RTP and other funds, the trailer was purchased and outfitted in 2008 and began its journey that year. The reception of the educational trailer in the motorized community has been very positive. In 2008, the trailer traveled over 3,000 miles, made 15 appearances at locations with over 101,000 attendees. In 2009, the trailer again traveled over 3,000 miles and made 14 appearances at locations with over 226,000 attendees, including a day at the Minnesota Department of Natural Resources area of the Minnesota State Fair. 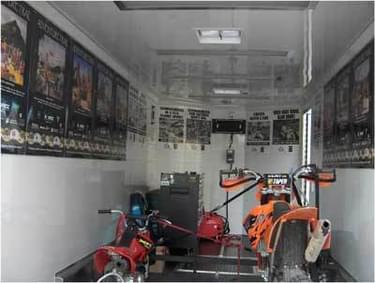 Interior of the Education Trailer