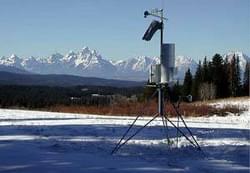 The need for avalanche education during the winter recreation season is critically important.

53 people have died in avalanches in Wyoming. What is alarming is that 24 of these fatalities occurred between 1911 and 1990, then another 29 occurred between1990 and 2003. Since just 1999, there have been 18 avalanche fatalities in Wyoming. The vast majority of these fatalities were people who were recreating on the Bridger-Teton National Forest in western Wyoming and included 9 snowmobilers, 18 backcountry skiers or snowboarders, two snowshoers, three climbers and a hunter. Historically, avalanche education efforts targeted only backcountry skiers, but the statistics show there is an extreme need to target out recreationists, as well.

Prior to the four phases of this project, the Bridger-Teton National Forest Avalanche Center developed daily avalanche forecasts solely for the Jackson Hole Mountain Resort ski area. While historically the forecasts for the ski area have been important for winter recreation in the area, they did not reflect snow and avalanche conditions for the rest of the region which is heavily used for snowmobiling, dog sledding, snowshoeing and backcountry skiing. Additionally, there was a growing concern that avalanche fatalities from snowmobilers had quickly overtaken the number of skier fatalities, yet we were not collecting data or producing avalanche forecasts where the snowmobilers were riding.

The first three phases of this project were to expand the existing daily forecast produced by the Bridger-Teton NF Avalanche Center to also include data from sites heavily used by snowmobilers and other backcountry recreationists away from the ski area. The project accomplished this by adding data collection sites in the Togwotee, Brooks Lake and Lava Mountain areas of the Continental Divide region, as well as in the Grey's River area of the Wyoming Range. 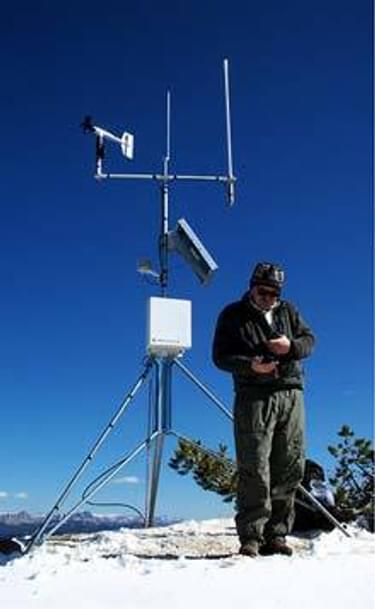 Data collection plays a key role in the project

Additionally, a goal was established to have this information readily available early in the day during the winter season so users could incorporate the avalanche forecast information into their daily trip planning and route selections.

These goals were accomplished in several ways. Remote wind and precipitation monitors were installed in five areas that were identified by the US Forest Service and the Wyoming State Trails Program as areas heavily utilized by snowmobilers, dog sledders and backcountry skiers. The real-time data from these remote monitoring stations is relayed by radio signal to a base station located at the top of Rendezvous Peak at the Jackson Hole Mountain Resort ski area. The data is then relayed through phone lines to the Bridger Teton Avalanche Center laboratory where staff and volunteers work to determine conditions and prepare reports for the daily forecasts.

To provide better quality and timelier information to the public, the phone system that allows the public to call in and receive forecast information was upgraded to allow for multiple simultaneous calls. Two new phone numbers were also added to specifically provide information for the Continental Divide and Wyoming Range snowmobile trail systems. Most importantly, the Avalanche Center website was enhanced to allow users to obtain current real-time conditions for the ski area, Continental Divide and Wyoming Range areas. The new phone numbers and website information were then included on snowmobile trails maps and other information developed by the Wyoming State Trails Program for the winter recreation season. The end result is that all phone lines and the avalanche center's website have seen substantially increased use every season since 2001.

The Western Avalanche Education project is an excellent example of utilizing current technology to better educate and communicate information to the user. By increasing the availability of forecasts, and the ease of obtaining them, the winter trail user, be they snowmobilers or backcountry skiers, are now better prepared for trips and potential dangers. Not only can users call before they leave their homes, but they can also call while they are on the road or at the site for current up-to-date information. Additionally, they can call the Avalanche Center from the field to report any avalanche activity they observe, which helps enhance data for the next day's forecast. 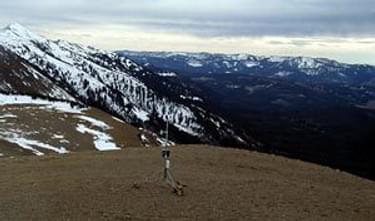 This project is also an excellent example of partnerships that have been developed to implement and manage the multiple phases of this project. Partnerships include the Jackson Hole Ski Corporation, the U.S. Forest Service, the Wyoming State Trails Program, the Jackson Hole Snow Devils snowmobile club, and numerous lodges, outfitters and volunteers in this area that help monitor and maintain the equipment in the field.

Phase 4 of this project will use Global Positioning System (GPS) and Geographic Information System (GIS) technology to map known avalanche paths with potential to impact groomed trails in the area. This information will then be available on the web site, on educational CDs and in publications to educate winter trail users as to how to make better decisions regarding travel in avalanche terrain.

Over 250,000 people called the daily avalanche advisories phone hotline or viewed it on the website during the 2002-2003 winter season and the call volume during the current 2003-2004 season is on pace for yet another substantial increase. This number does not include contacts by people who hear the avalanche forecast on the local radio or television stations on a daily basis or see faxed versions of daily advisories posted in public and private locations such as lodges and rental shops. This educational effort has been extremely successful and has substantially heightened the awareness about the dangers of recreating in avalanche country