Check out www.2023its.org for the most up-to-date information.

Trails: The Green Way for America 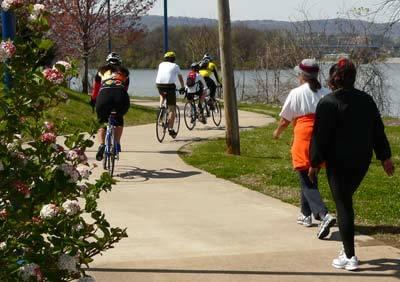 This symposium's theme evokes the benefits of trails to America’s economy and environment. As we evolve toward a green economy, trails are the way for outdoor recreation and alternative transportation. Trails provide access to our most incredible green spaces: parks, forests, waterways, and wildlands. Trails are a critical component of green infrastructure within communities, tying homes to businesses, schools, and workplaces, and empowering clean human-powered mobility. Trails support the new American dream which is built upon environmental and economic efficiency. 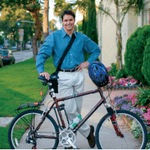 Chris Balish is a nationally known keynote speaker on topics such as how to thrive in a down economy, active lifestyles, sustainable transportation, building green cities, sustainable development, promoting mass transit, bicycle commuting, and green living.
He is a seven-time Emmy Award winning broadcast journalist, television news anchor and reporter, a best selling author, and an on-air contributor for NBC’s The Today Show, MSNBC, and CNN. The first book in his How to Live Well non-fiction series, How to Live Well Without Owning a Car: Save Money, Breathe Easier, and Get More Out of Life, was on Amazon.com’s environmental best seller list and NPR’s best seller list.

Chris’s environmentally friendly lifestyle has been featured on more than 800 radio and television programs and in more than 140 magazine and newspaper articles. In 2007, Sierra Magazine named
Chris a national trendsetter. 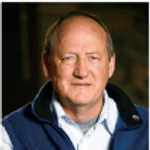 Dayton Duncan has been a writer and filmmaker for over 20 years and is Ken Burns’ producing partner for The National Parks: America’s Best Idea documentary
that was released last year. Duncan wrote and co-produced the 12-hour mini-series in which the birth of national parks is traced from the mid-1800s and follows the evolution of park creation over the course of 150 years. America’s Best Idea won two Emmys – one for best nonfiction series and one for best writing!
Duncan first had the idea to showcase the story of the National Park system while on a cross-country vacation with his children in 1998. His love for parks began at the age of nine when his family took a vacation to the Badlands, Yellowstone, Grand Tetons, Dinosaur National Monument, and Rocky Mountain National Park.

The experience had a profound impact, but it wasn’t until he took his children on a national parks trip, that he realized just how important the trip he took with his parents was.

Dayton’s message is very timely, especially with the trails community’s interest in getting kids outdoors and healthy, and in creating good stewards of our public lands for the future: Dayton believes, “The creation of a park establishes that sense of a special place. When you enter a park – you think differently. You pause and it takes you a little bit out of the rush of time and I think that is why so many families take their kids back and why those kids will take their kids back because it encapsulates an imperishable moment that you experience as a child. Then you can see that experience once again through your child’s experience. There are very few things that pass across generations and across time the way that does. That’s what makes it so special.”

$18,000,000.00
Top photo by pxhere
Diversity American Trails advances the development of diverse, high quality trails and greenways for the benefit of people and communities.