Trails Across the Divide 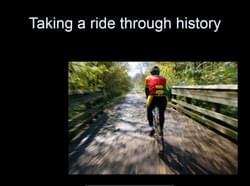 Using compelling themes and unique partnerships, Adventure Cycling Association broadened our appeal resulting in unequaled media recognition and a growing membership base. This session focuses on two the innovative Great Divide Mountain Bike Route and Underground Railroad Bicycle Route. The Great Divide is an innovative trail, in that we fashioned a Canada-to-Mexico cycling route out of what was already there: simply linking together and mapping existing public travel-ways. The Underground Railroad Bicycle Route explores one of the many fabled paths to freedom; from the Deep South to Canada. We worked in partnership with the University of Pittsburgh’s Center for Minority Health to highlight this cultural struggle while celebrating diversity and promoting health and recreation. The ideas are replicable for any organization, no matter the size. 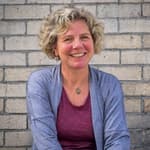 Virginia “Ginny” Sullivan is the Director of Travel Initiatives at Adventure Cycling Association, North America’s only organization dedicated to bicycle tourism and travel. Programs under Ginny’s direction include: working with state and local partners to officially designate interstate bicycle routes into the U.S. Bicycle Route System, currently at over 13,000-miles; co-leading the Amtrak Bicycle Task Force, with a goal of seeing carry-on bicycle service available on all Amtrak lines; working with National Park Service and State Park systems on bicycle tourism amenities and accommodations; and advocacy for better rumble strip policies, safe passing and distracted driving laws including enforcement. Ginny’s team also works to protect and improve Adventure Cycling’s 47,283-miles of cultivated and mapped bicycle routes across North America. With the support of Adventure Cycling’s 53,000-members, Ginny is growing bicycle tourism through outreach to communities across the country. She also advocates for improved road conditions and safety for cyclists. Ginny’s work is partner focused and her efforts are driven by the Adventure Cycling mission to inspire, empower and connect people to travel by bicycle.