by Tools for Trails

The tool that is most commonly used on the trail is the sledgehammer. Sledgehammers come with a 6- to 8-pound head and a 3-foot-long handle is most useful for trail work. It can be used to crush rock into gravel (stone sledge) for trail repair, and for driving stakes or rebar (driving sledge) to secure waterbars and turnpikes and set heavy timbers. Because of differences in tempering, the stone and driving sledges are not interchangeable.

Before swinging, you should make sure others are clear and you have a firm stance with feet spread to shoulder width and firmly planted. Even more than other striking tools, the sledge holds the potential for serious injury because of its greater, more awkward weight. Use only short controlled swings, never using all your strength. 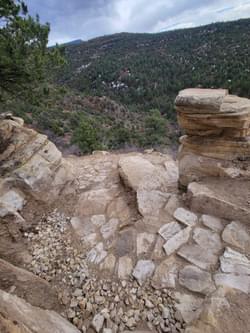 A single-jack (3- to 4-pound head with short handle) hammer can be used with a star drill to punch holes in rock. The single-jack can also be used to drive bridge spikes and for other jobs that are too demanding for a regular claw-hammer, but do not require the heavy-duty blows of a sledge.

Star drills are usually about a foot long and weigh a pound. They are used with single-jack hammers to punch holes in rock or open a seam or crack.

The cross-pein hammer is typically a smaller, 3lb tool used to shape rock and stone. It has a striking face on one end, with a pein perpendicular to the handle on the other side. These hammers are popular for shaping stone while laying it for pathways. The cross-pein hammer is useful in smaller areas and for performing a more exact strike.

Stone hammers like the carbide brushing hammer from Trow & Holden are used mainly for performing precise shaping when doing rock work. These tools are more susceptible to chipping, especially in the beginning. Use them gently to avoid wearing out the tool faster.

Hammers, like the Warwood mason hammer are similar to cross-peins, except they run parallel to the handle. This is another technical tool that is used for shaping stone. The blade ends are used for splitting the stone with the grain and along bed lines of the rock. The squared backing is used for performing trimming work on the stone and is used for general shaping.

Safety tip: Striking tools can cause stone chips to fly. Protect yourself by wearing a hard hat, eye protection, long pants, and boots. 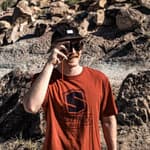 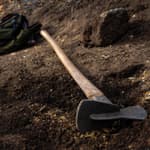 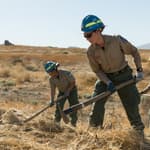