Trails have always been a part of America since the first Europeans brought their horses and began to explore. By following Native American footpaths and wildlife tracks the explorers, and later the settlers, conquered and made America from the backs of their horses. Using horse power the first naturalists documented the wilderness, surveyed the land, and set the stage for all of the civilization and culture that we now claim as ours. Until the 1900's there was at least one horse for every five persons counted in the census. Starting in the 1920's the population of horses plummeted until only a few horses remained at the time of the depression. By 1959 the Department of Agriculture could find no more than 3 million horses on the nation's farms and stopped counting them.

During the industrialization and war years, few Americans paid much attention to preserving any open space or any of our heritage. Only the wealthy had time for leisure and recreation or money to support a horse unless it was still used in farming or for transportation. Many States did not have a park system until the 1930's when federal programs of the New Deal got underway, such as Civilian Conservation Corps, National Park Service, Forest Service and others helped to establish and improve camps, buildings, trails and forests.

The rugged individualist rode and hiked the rural and wilderness roads and trails, while the bicycles and engine driven vehicles stuck to urban and commuting roads. As development increased the wheels demanded paving of the paths and tracks and as speed increased the paving needed ever more engineering. Equestrian Trails, Inc. was established as a nonprofit corporation in 1944 with the Charter to be "Dedicated to the Acquisition and Preservation of Trails, Good Horsemanship, and Equine Legislation."

During the 1950's and 60's Recreation and Education expanded for most Americans. Americans found they had more discretionary time (leisure), more affluence, more mobility, more technology, and new access to the arts and cultural pursuits. Public attitudes regarding recreation and work began to change and there was a significant growth in the professional development of Recreation and Parks Personnel. This movement caused the creation of many documents and training manuals that described how to build better trails for agencies such as the U.S. Forest Service.

It wasn't until the 1960's that there was a widespread realization that trails, parks, and public land resources were limited and valuable. A multitude of environmentally based organizations sprang up as open space disappeared. A resurgence of the "non-farm horse" gained momentum rapidly. The horse population doubled by 1970. The National Trails System Act of 1968, as amended, called for establishing trails in urban and rural settings for persons of all ages, interests, skills and physical abilities. The first Earth Day happened in 1970 and along with it raced a flurry of legislation as people began to understand and demand various forms of preservation and politicians took action.

The trails movement began gaining impulsion in the 1970's shortly after the National Park Service (National Trails Council), and the American Trails Network (along with Rails to Trails conservancy, American Hiking Society, National Recreation and Park Association, Virginia Trails Association and others) began organizing. Many of the first organizers of the trails movement worked in Washington DC as members of Federal agencies or non-profit organizations.

By the 70's California and East Coast horse owners led the way. These rural/agricultural areas were the first to resist urban onslaught, were better organized and had experience solving the problems. Research shows that educated individuals in these areas began generating papers and articles to address issues of land use, zoning and loss of trails which were threatening the Horse Industry's survival. Foresighted communities worked together and included and accommodated horses and agriculture in planning for the future. 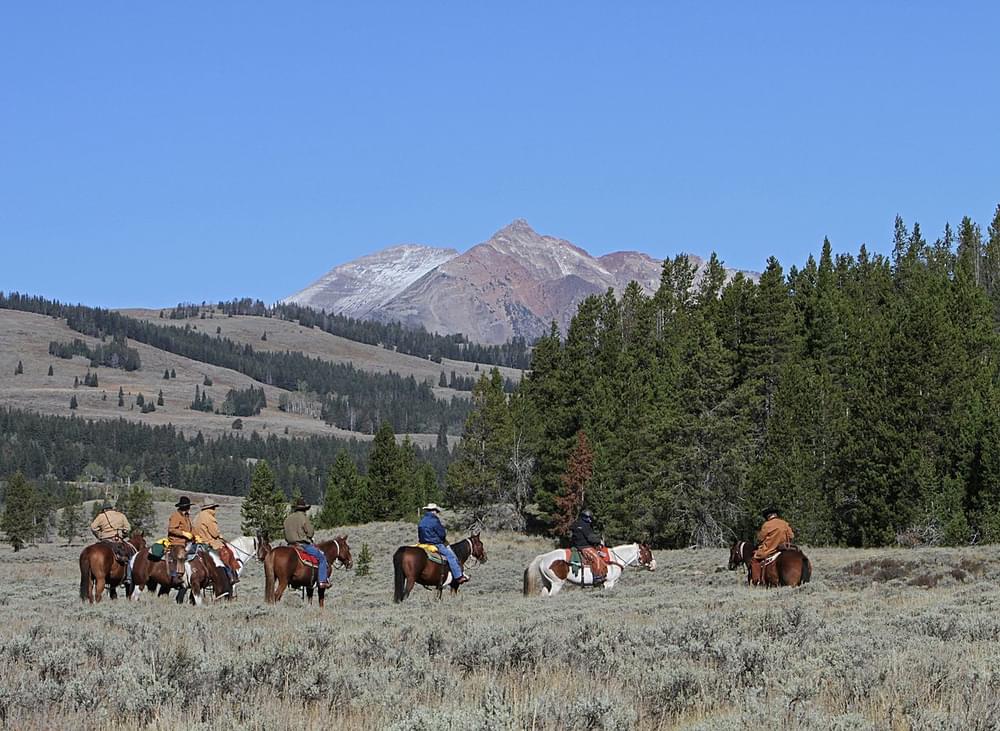 Equestrian leaders, like the late George Cardinet (Grandfather of Trails according to the Library of Congress) took trail issues into professional journals such as "Parks and Recreation" or "Journal of Geography". In 1971 Equestrian Trails, Inc. published and sold a "Trails Manual" written by Charles Vogel of San Mateo County (CA) Hiking and Riding Trails Committee in 1969.

During this decade The Western Horseman, Equus, Appaloosa News and other horse-oriented publications began to carry articles advocating and educating for the increased organization of equestrians. Trail Blazer and Trail Riders Magazines featured activists such as Sharon Saare, an Endurance Rider, whose column "Hit the Trail" discussed the importance of trails and the need for horse owners to organize and become involved. Bonnie Davis became a writer and speaker on trail issues and still is consulting editor for Trail Rider Magazine. Units of Back Country Horsemen (organized in 1973 to perpetuate the historic use of recreational stock in the back country) volunteered locally on multi-use "fore country trails" (neighborhood trails) within their community. East Bay Regional Park District surrounding San Francisco was among the first to realize the importance of equestrians as trail users and volunteer providers of maintenance and patrol operations within the suburban setting. Their programs and trails can easily stand as models for many others.

In the 1980's various states began finding money to fund trail preservation, designations, and creation activities. Leaders like Stuart Macdonald (then the State Trails Coordinator for Colorado, now of American Trails) emerged and gained notoriety by staging the first Colorado Trails Symposium. The Rails to Trails Conservancy opened its doors in Washington DC on February 7, 1986.

The National Trails Council and the American Trails Network combined sometime after sponsoring the ninth National Trails Symposium in 1988 to form American Trails. This was the year that the Horsemen's Council of Illinois started it's campaign aimed at making motorists aware of equestrians riding or driving along the highways with the "Horses have Road Rights" bumper sticker.

As the 80's came around more and more horse owners found they were being ejected from the spaces where they had kept and ridden their horses. While they were busy cleaning stables and making hay, the world was changing and often they were not notified nor invited to participate. Trail organizers apparently overlooked the horses and the horsemen who had always utilized and kept the trails open.

One by one, every leader in today's horse trails advocacy movement met a hurdle they couldn't jump or get around. The realization that they were excluded, banned, eliminated and even despised by the new trail activist and user was a threat that could not be ignored. Old timers often just faced this prejudice and just kept on riding wherever they always had ridden. Reactive individuals emerged with indignation, anger, ready to fight for their freedom and right to continue to ride the trail. Proactive horse owners joined committees, attended meetings, and tried to work with the new land management agencies when they could identify them and find the schedules. Sometimes the equestrians were successful, many were told to go join a big group, with big bucks, get organized and get to work.

The leaders who were energetic worked in a variety of ways. Often they felt like "The Lone Ranger" amid a group of non-horse trail promoters. Like a burr under the saddle, they persisted and were often perceived as aggressive by new trail enthusiasts who didn't understand the history. Tired equestrians retreated, seeking new horse property in more rural areas, next to large public lands where horses were still welcome. Some of them have had to face the same hurdles again in the new location. Energetic leaders needed the strength of numbers so trail advocacy groups were formed. No matter when an Equestrian Trails organization was formed, or by whom, its first goal is to preserve the threatened trails and then to create new ones. This is a markedly different approach from the new trail users, who seek first to build a trail for their special interest.

Ruby Homquist was one of those tireless leaders who just happened to live in Lake County Illinois. As she faced the hurdles of being excluded, she created the Illinois Trail Rider organization and in 1989 Illinois Trail Riders copyrighted its first handbook of trails. This book advertised 70 places in Illinois where horseback riding was still permitted and cost $10.25 with postage. In 1991 Ruby copyrighted a small "Guide to Developing Horse Trails" in an attempt to help trail engineers to better design with equestrian safety in mind. Membership in Illinois Trail Riders grew throughout the 1990's as equestrians joined to preserve the trails they were using.

About this same time the Bicycle Federation of America, Inc published "Mountain Bikes on Public Lands: A Managers Guide to the State-of-the-Practice" addressing issues that equestrians had in common with mountain bicyclists in an attempt to be allowed onto existing trails beyond the growing pavement of urban sprawl. 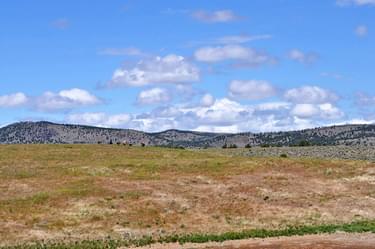 More and more people got into the act. "On the Trails" by Frances Land and "From the Side of the Trail" by Kandee Haertel became important to Sentinel readers in Illinois and other Midwest states as they were kept informed, organized, and educated. They contributed much to Illinois Trail Riders and worked hard within the organization to keep horses on trails. Equestrian trail conferences such as (SETC and OVETS) began to start up and evolve on a regional and national level.

In universities people worked hard too. Gene Wood and Clemson University researchers continue to generate some of the science on the impact of horses within forest and natural environments. Roger Moore generated user and adjacent landowner studies on Rail-Trails which included horses. His studies, among others, put to rest the stereotypical apprehensions of crime, vandalism, and user conflicts on multi-use trails. Dedicated individuals such as Myron Filkins and Jerry Fruth became recognizable names to those who followed the action at equestrian trail conferences and symposiums.

It wasn't until 1999 that the Mid America Trails and Greenways group got off the ground. It started in Indiana with a steering committee whose membership included Yvette Anderson-Rollins of the Indiana Horse Council. Yvette, like the others woke up one morning to find that she and her horse had been excluded from the superior trails where she had ridden freely as a girl. Her trails had been designated, delineated and decreased. She joined with several others to create a forum which would educate and encourage an inclusive and educated involvement in the Greenway and Trail movement.

In 2007, as the earth continues to warm and gasoline or hay prices threaten our recreational horse activities, those who are lucky may be able to find moments of quiet relaxation on a neighborhood trail. 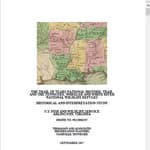 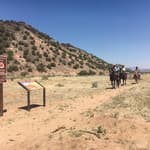 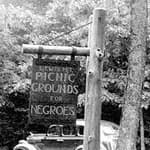 Historical Perspective on Racism in the Outdoors and Looking Forward

Putting the continued fight for equity in the outdoors into historical context, and finding ways to move forward. 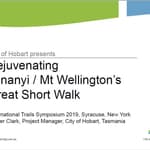 The City of Hobart has been rejuvenating the historic Organ Pipes and Pinnacle Tracks on Mount Wellington in Tasmania.