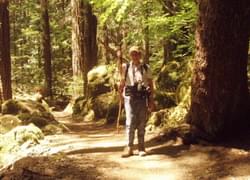 The study examines the association between physical activity and cognitive decline during eight years of follow-up in women over 65 years old. A total of 5,925 women were included in the study. At least 10% of people older than 65 years and 50% of those older than 85 have some form of cognitive impairment (for example, decline in ability to remember and to concentrate), ranging from mild deficits to dementia. The goal of research in this area is better identification of risk factors associated with cognitive decline. However, studies supporting the hypothesis that increased levels of physical activity are associated with stable cognitive function are conflicting and/or have methodological weaknesses.

The researchers measured the baseline physical activity of the women by asking:

The authors classified the physical activities as low (walking or gardening, etc.), medium (dancing or tennis, etc.), or high (jogging or skiing, etc.). They then assigned energy expenditures expressed in kilocalories to each of the activities. Finally, the authors calculated the total physical activity level of each of the participants by adding the kilocalories expended in 33 different recreational activities, blocks walked, and stairs climbed.

A trained examiner administered the cognitive testing during the baseline clinic visit and at the follow-up visits 6 and 8 years later. The examiners used standard tests that measured concentration, language, and memory. The authors defined cognitive decline as a decrease of 3 or more points from the baseline score to the 6 or 8 year follow-up visit score.

The authors also identified other health-related characteristics of the participants, such as their education level, current smoking habit, comorbid conditions (such as stroke, heart attack, diabetes, etc), use of medications (including estrogen), etc.

Finally, the authors performed a statistical analysis to compare the level of physical activity of the participants and the change in their cognitive function over the period of the study.

The authors note that their study supports the conclusion that moderate, as well as strenuous, physical activity is associated with decreased risk of cognitive decline. They note also that moderate levels of physical activity in elderly people have been shown to reduce mortality from coronary heart disease, to decrease the risk of osteoporotic fractures, and to improve bone mineral density.

The authors suggest several possible mechanisms that might account for the beneficial effects of exercise on cognitive functions, including an increase in cerebral blood flow, a reduction in serum cholesterol levels and blood pressure, and the stimulation of neuron growth. They urge further research to determine the exact mechanism to explain the relationship between physical activity and decreased cognitive decline in the elderly.