Merle D. Grimes— A True Friend of Greenways and Trails

Merle Grimes planned and helped develop greenways and trails in Atlanta, GA and on the Island of Kauai as well as many projects in the Denver area and the South Platte River Greenway. 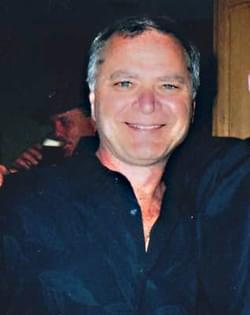 I first met Merle Grimes in the spring of 1983 when he interviewed with me to be hired as the Supervisor of the Greenway Foundation’s River Ranger program. This was the very essence of a man who quickly became one of my dearest friends and talented colleagues— and remained so over the ensuing 27 years.

Merle's joy in life was using his hands, head and heart to create and preserve the beauty of the outdoors— be it an unspoiled area in the mountains or plains or right in the heart of downtown Denver. We shared a passion for taking areas of urban nature and transforming them from abused and abandoned embarrassments into places that are now treasured and protected.

Merle’s and my first project at The Greenway Foundation (1986) was to take a former gravel pit and create Overland Pond Park— one of the first natural area projects along Denver’s acclaimed Platte River Greenway. It was visionary and, at the time, not without controversy. In his inimitable style, Merle patiently explained and educated to all those involved with the project the potential, beauty and magic that would one day be realized if the project moved forward. And, much to his joy, that day now exists.

Merle could design, build, fix, and improve anything. And no matter the task, project, challenge, etc.— I never witnessed him become flustered or angry. Determined, focused, resolute— these are the adjectives to describe Merle when he was faced with a situation that didn’t allow him to see an immediate solution.

Merle also planned and helped develop greenways and trails in Atlanta, GA and on the Island of Kauai where he provided significant work for their coastal trail project. More recently, Merle played a key role on our most recent, team effort here in Denver— the creation of two plans for major improvements that will continue to enhance the South Platte River Greenway in Denver— sadly our last project together. As those with whom we partnered on these projects will say, Merle’s passion and vision for our River brought energy, excitement and enthusiasm. These improvements will result in yet another evolution of the South Platte’s revitalization and, therefore, to the areas adjoining the River throughout its ten-mile journey through the Mile High City. Merle was never happier or more brilliant then in endeavors such as these.

Merle would not want anyone to grieve over his departure but, rather, to remember the gift of each and every day and to never waste that gift. Merle would want us to search out some part of nature each and every day, even if that journey is just to our own back yards and experience the joy of the outside world.

I promise to Carpe Diem each and every day my friend!