by Leigh Schmidt, Partnership for the National Trails System (PNTS)

As we commemorate the 50thanniversary of the NationalTrails System Act in 2018, we’re takinga look back at the history and growthof the National Trails System, whichencompasses 11 National HistoricTrails, 19 National Scenic Trails, andmore than 1,279 National RecreationTrails, plus more than 2,000 rail trails.

December 1966: Secretary of theInterior, Stewart Udall, formed a committee led by the Bureau of OutdoorRecreation (then an agency within theDepartment of the Interior) to studyexisting trails in the U.S. and how wellthey served the American public, andto recommend Federal legislation thatwould bring into existence a cohesivenational trails system. This committee’sreport, entitled Trails for America, waspublished in December, 1966. 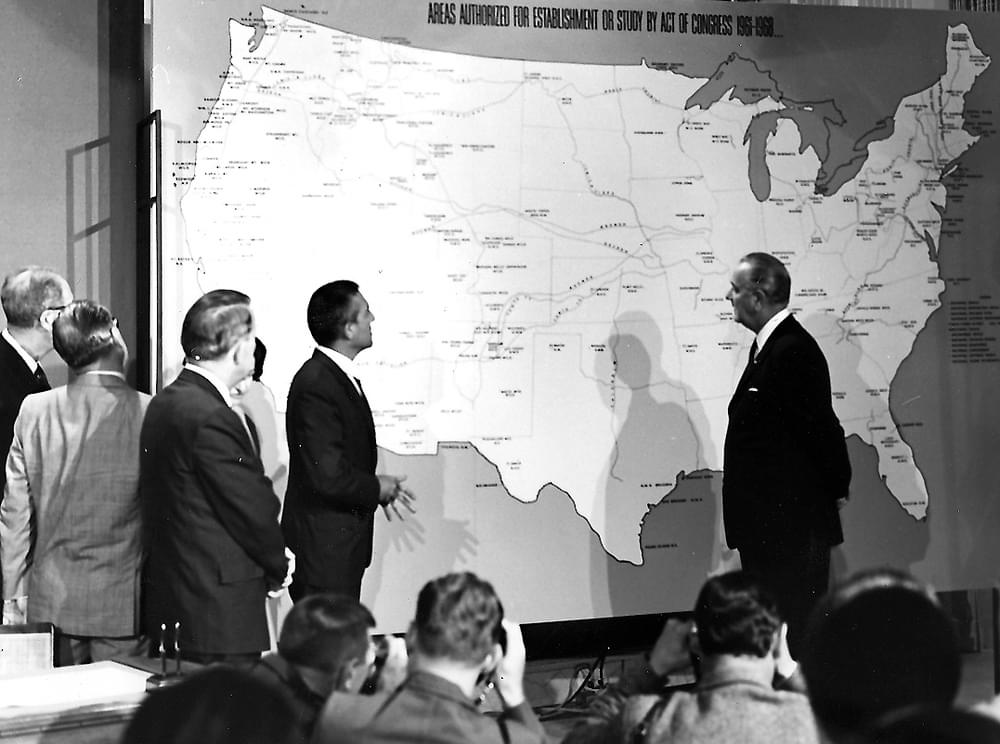 President Lyndon Johnson with a map of the new National Trails System.

1983: Railbanking amendment addedto the National Trails System Act.Railbanking is a method by which railcorridors that would otherwise be abandoned can be preserved throughinterim conversion to a trail. It allows arailroad to remove all of its equipmentfrom a corridor, and to turn the corridorover to any qualified private organization or public agency that has agreed tomaintain it for future rail use. 1986: Rails-to-Trails Conservancy founded to promote rail trails and the creation of more walkable, bikeable communities in America. At that time there were 250 known miles of open rail trails. Today there are more than 23,000 miles in the U.S. 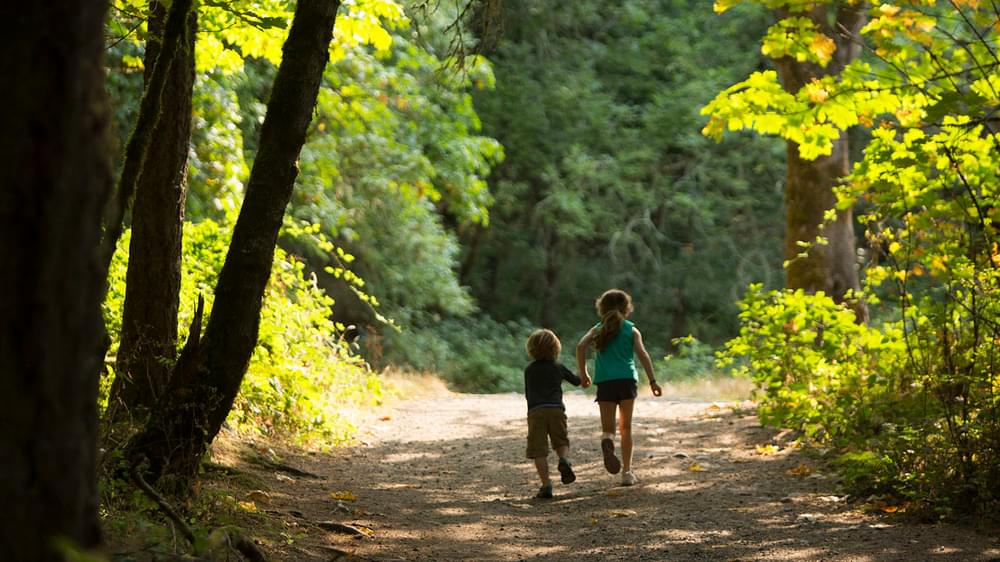 Trail stewards of the future on the Ridgeline National Recreation Trail, OR; photo by Elissa Gavette

1997: Partnership for the NationalTrails System founded. It connectsmember nonprofit trail organizationsand federal agency partners to furtherthe protection, completion, and stewardship of the 30 National Scenic andHistoric Trails within the National TrailsSystem. 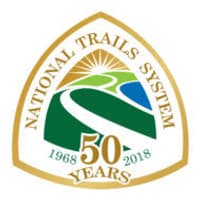 More about the National Trails System

Visit the Partnership for the National Trails System 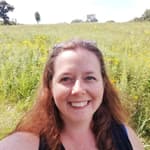 Leigh Schmidt joined PNTS in 2017 as the Trails 50 Communications Coordinator. She will be bringing together trail partners from across the country to commemorate the 50th anniversary of the National Trails System Act of 1968.

Leigh studied English and Journalism at James Madison University in the Shenandoah Valley, where she first discovered a love of the outdoors. She has worked with a variety of non profit organizations, with roles including event coordination, education, marketing, and community outreach. She is excited to bring that experience to the National Trails System.

In her free time she can be found volunteering, hiking, and planning her family’s next National Park trip.