This award recognizes a project that demonstrates innovative planning and design techniques while making a positive contribution to the community it serves. (Level Two category – more than $500,000). 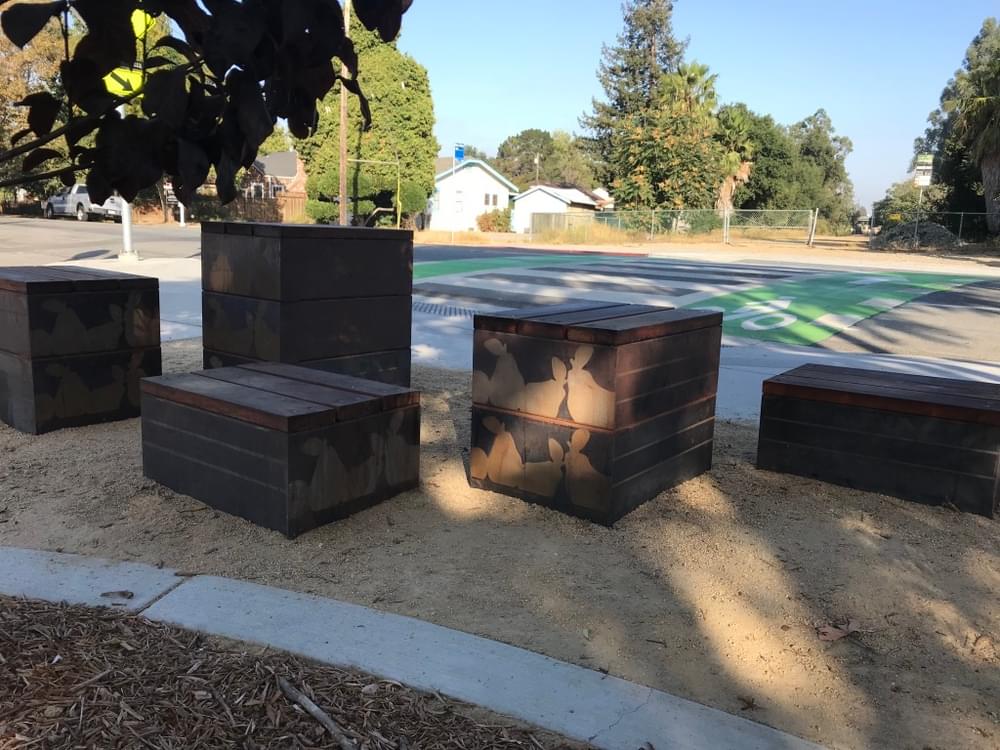 The Three Creeks Trail is a milestone project. It marks the 60th mile of the City’s growing urban trail network.

The Three Creeks Trail site is situated in one of San Jose’s oldest neighborhoods, with adjacency to the city’s first subdivision (Palm Haven, circa 1910). The City of San Jose (City) acquired the land in 2011 from the Union Pacific Railroad after it was deemed suitable for public access. The corridor was opened as an interim trail with trail signage and rules and pedestrian gates at all roadway entry points. The City proceeded quickly to master plan, prepare environmental documents, conduct community outreach, and design the new trail. The former railway site was viewed as culturally significant since the rail operations supported San Jose’s agricultural industry. The City has maintained a commitment to recall history and elevate the level of interpretation and recollection of the corridor’s past and significance. The 0.9-mile trail alignment travels through a 7.5-acre landscaped corridor with creative means of interpretation and recollection of history via architecture and landscape. During the planning process, community champions and amateur historians were engaged in the development of papers on the site’s history. This community-provided research is reflected in interpretive medallions installed along the trail. The Three Creeks Trail is a milestone project. It marks the 60th mile of the City’s growing urban trail network.