filed under: art along trails

The Plan describes what the Public Art Program’s priorities should be. The Public Art Program will catalyze new projects, provide guidance to projects undertaken by developers and others, and continue community outreach and education around public art. 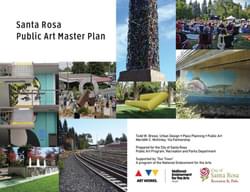 Santa Rosa’s hopes for public art and for its arts and culture sector are ambitious. In the early 2000s, the City was busy establishing the policy and funding infrastructure that would allow the Downtown Arts District to coalesce and flourish. It was hoped that a thriving arts district and arts and culture sector would enrich the life of the City and be a strong factor in promoting tourism and economic development.

Unfortunately, the economic downturn in 2008 made it difficult for the City to advance those ambitions and the City’s plans for the arts and culture sector were put on hold. In addition, one of the City’s key funding resources, the Redevelopment Agency, was dissolved in 2011 due to changes in state law.

This Public Art Master Plan represents a first step toward rekindling that vision.

It focuses on the Public Art Program, for which some funding and staffing already exists, but the hope is that vital, targeted and successful public art initiatives will revive the broader community’s interest in arts and culture policy.

While the long-term hopes for public art in Santa Rosa are expansive, this Plan offers a focused strategy for the next few years. Overall, the goal is to put in place an operational framework that can produce projects that create civic excitement about public art – demonstrating that public investment in public art, and by extension in arts and culture, has clear public benefit. 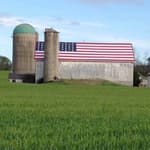 This new products proposes infrastructural necessities of public art be decoupled from the work, and instead be a part of the Active Transportation landscape. This manifests in flexible, reusable, foundational footings designed with temporary and permanent public art opportunities in mind. 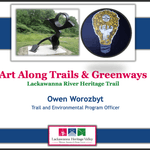 A presentation by Owen Worozbyt, Trail and Environmental Program Officer of the Lackawanna River Heritage Trail. 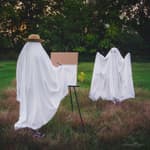 Every year we ask you to get outside in your costume and send us photos! This year we had some fantastic entries from several different trail user types.