Scenic trails that connect with the Corps of Engineers trail at Lake Georgetown. 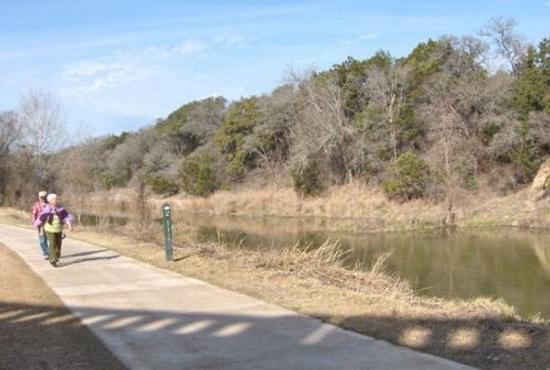 The San Gabriel River Trail is 6.6 miles long and follows the scenic North and South San Gabriel Rivers. The trail is eight feet wide and comprised of mixed surfaces including crushed granite, concrete, and asphalt.

Along the trail you can see natural springs, historic features and animal tracks. The trail connects to United States Corps of Engineers trail at Lake Georgetown, about 26 miles north of Austin, Texas.

Some interesting sites along the trail include star gazing area, bird watching area, the historic Blue Hole Park. Trial users have said that the trail is very beautiful and unique to the area and even better than Town Lake in Austin. The trail system total cost was $3 million with grants from Texas Parks and Wildlife, Lower Colorado River Authority and the Chandler Foundation.

This trail was done in partnership with the United States Corp of Engineers. A long term lease was agreed upon to be able to extend the City of Georgetown trails to connect with the trails at Lake Georgetown. Other partners include Williamson County for a right a way easement. Georgetown Country Club for a land negotiation and the Chandler Foundation for a private land donation and monetary support to build the trail in a safer area.

The trail on the North San Gabriel River crosses four natural springs. There is also an old spring well house that produces a free flowing stream of water under the bridge. On the South San Gabriel River, the trail leads to a historic swimming hole named "Blue Hole". This part of the river never goes dry no matter what kind of drought conditions we have. 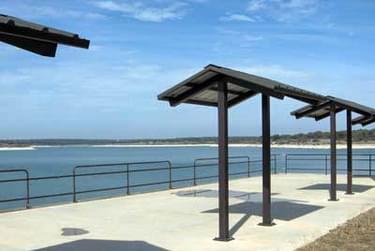 In flood prone areas of the trail, concrete was used to reduce maintenance cost. Community Service and Restitution workers are also utilized to pick up litter along the trail. We also use recycled plastic benches along the trail that have minimal upkeep.

The trail is lighted along the dense and more remote areas of the trail, but not lighted in the neighborhoods to be sensitive to their needs. The trail is marked every tenth of a mile with animal tracks in the concrete.

Mosaic artwork will be featured at each mile with designs made of out tile pieces to depict the cultural and historical aspects of Georgetown.