Efforts to promote better and more appropriate advertising for vehicles including sport utility vehicles and pick-ups. 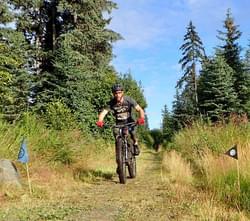 As hard as these people are working, it seems we are no match for those who regularly flood millions of households with images of irresponsible vehicle use. I am referring to commercials by the manufacturers of sport utility vehicles, pick-ups and even sport cars and sedans.

If you have watched television recently, you may have seen some of these spots. The examples of environmentally insensitive ads are prolific and too numerous to cite here. Allow me to share one of the most recent and most offensive campaigns.

One certain car company (a well-known name for generations) is now targeting young consumers (post-baby-boomers) with T.V., radio, print and billboard advertisements for its line of pick-up trucks. The television spots typically show a young male and his truck in a variety of scenes which show driving on dirt roads at alarmingly high speeds, often with the wheels of this expensive vehicle off the ground

Another clip shows the truck and driver in a mud bog "fish tailing" violently, throwing mud and turf from the tires. The driver has a look of serenity on his face, as though this experience has revealed the meaning of life to him.

Consider the billboard now appearing nationwide showing one of these trucks, wheels off the ground, with a caption that reads simply, "Road, schmoad." What is the message here? Roads are for wimps? I presume it means the truck is capable of travel anywhere and everywhere, while roads are mere options.

My point here is that the vehicle industry is being irresponsible. Environmental awareness is nothing new, many of these vehicle manufacturers are members of Treat Lightly! (an organization promoting responsible OHV use), yet this type of advertising is more and more pervasive. Sales of these vehicles seems to override any social responsibility or environmental consciousness of these companies.

Sadly, these commercials are often the only orientation that many people have prior to purchasing a vehicle. The advertisements set an expectation that once a consumer has invested in the machine, the fun, freedom, and yes... the mud holes and dirt roads are there for their enjoyment, as seen on T.V.

The reality is, there are very few places where mud bogging is legal; with very few exceptions, no agencies allow vehicle travel off of roads or trails. Yet, some vehicle owners continue to operate vehicles wherever they can get away with it; unknowing or in contempt of regulations.

Of course, this causes land owners and managers much grief. it also leads to reduction of legitimate opportunities for responsible OHV enthusiasts. OHV accidents frequently involve new vehicles with inexperienced drivers at the wheel. These people may have had little or no formal training in the proper use of, or how to operate those vehicles responsibly.

William Cheshire, columnist for the Arizona Republic, wrote the following passages in a 1994 editorial, titled Placing the blame for turmoil:

The quandary facing the provocatively violent, provocatively sensuous mass media is that, if commercials move junk food and diet formulas, content necessarily must influence conduct... But the mass media must do more than push merchandise.

They are social and cultural arbiters, helping to shape acceptable behavior... it follows that Hollywood producers, TV executives and-let's be honest-newspaper editors have to shoulder much of the blame for the violence and social carelessness that have become worrisome features of our culture. And so it is with vehicle advertising. Ultimately the responsibility of behavior falls on the individual. We all have the choice to treat the environment and one another with respect. Doing so demonstrates a well-rounded, mature character, in effect a socially responsible person. Still, advertisers directly affect the image and behavior of vehicle operators, especially young ones.

Long before boys and girls are old enough to drive,they have seen images of how vehicles are used upon the land. Too often these images are irresponsible. Subsequently, these children grow up to either become part of the problem, or part of the solution. Why worry about where these vehicles will be operated tomorrow if we can make a profit today? It would seem that sustainable use would also mean sustainable sales. Why is it that some of these corporations contradict themselves by supporting Tread Lightly! and portraying just the opposite behavior in advertising? Do they think no one notices?

Credit Tread Lightly! with much progress. They have made a positive difference in OHV recreation. Unfortunately, they are also in the uncomfortable position of biting the hand that feeds them. Many vehicle manufacturers support Tread Lightly! And Tread Lightly! can only politely encourage them to produce responsible advertisements. Some of those manufacturers walk the Treat Lightly! talk,and that is apparent in the messages they deliver to all of us.

Irresponsible OHV advertising is an affront to all of us who operate vehicles responsibly. Surely the industry has a vested interest in our goal of preserving vehicle recreation opportunities for future generations. It is time they worked with us instead of contributing to, and maybe causing the problem of negative image and behaviors.If you are aware of an advertisement that offends you, contact me. I have a list of those persons in the industry who are in a position to make a difference. You can call or write these companies and tell them how you feel about the ads. I can also provide information on the Tread Lightly! program.

Tread Lightly! hosted a forum to discuss the importance of environmental ethics in advertising, in conjunction with the 1995 Annual Tread Lightly! Conference in Lake Tahoe on August 14. The meeting was conceived as a forum of marketing and advertising managers, agency creative and account representatives and Tread Lightly! leaders.

The problem for advertisers is that exciting, adventurous, out-of-the ordinary images sell. The same images are seen by people who are opposed to motorized recreation, and these images can only lead to more negative perceptions and limits on motorized recreation. Tom Crimmons, USFS Tread Lightly coordinator, summed it up: bad advertisements encourage bad behavior which creates environmental damage which leads to lost opportunities. And lost opportunities are rarely recovered. The challenge to advertisers is how to create advertisements that sell, but do so responsibly.

Mary Myers, Jeep Advertising Manager, presented several years of Jeep advertising as a case study of the power and responsibility of advertising. In the late 1980s Jeep launched a television advertisement showing a Jeep rolling up a stream bed to the sound of children singing "Row, Row, Row Your Boat." The ad cost millions of dollars to produce and was pulled in less than a week due to harsh criticism from all sides. Going outside the company for advice, Jeep convened an Environmental Council of representatives from the USFS, BLM, national OHVclubs, and academia. This board's goals are to provide guidelines for environmentally responsible advertising and to enhance Jeep's position as responsible manufacturers. Ms Myers said "our effort is to achieve environmental excellence" while still promoting sales and making award-winning advertisements.

This concept of a review committee was endorsed by Tread Lightly! at this conference. They distributed papers outlining how to set up a committee and who to include. They also promoted suggestions for responsible advertisements:
· Shoot footage on roads and trails and never blaze new trail;
· Use care in scenes with water;
· Use words such as wildlands and back country, instead of "wilderness"the public equates with designated Wilderness;
· Not only avoid irresponsible images, but actively promote responsible recreation.

To encourage adoption of responsible advertising principles, Popular Mechanics, in conjunction with Tread Lightly!, is sponsoring an annual advertisement award. A trophy will be presented at a national event to advertisers who best encourage responsible OHVuse both in image and in words.

Tread Lightly!® is a national nonprofit organization with a mission to promote responsible outdoor recreation through ethics education and stewardship. 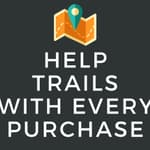 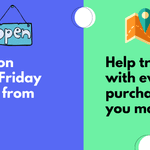 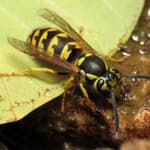 Yellowjackets on the Trail

This first hand account from American Trails contributor Lora Goerlich is a great reminder about why you need to be prepared for yellowjackets on the trail. 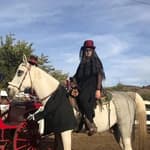 October is here, which means it's time to enter the 2nd annual American Trails Costume Contest!